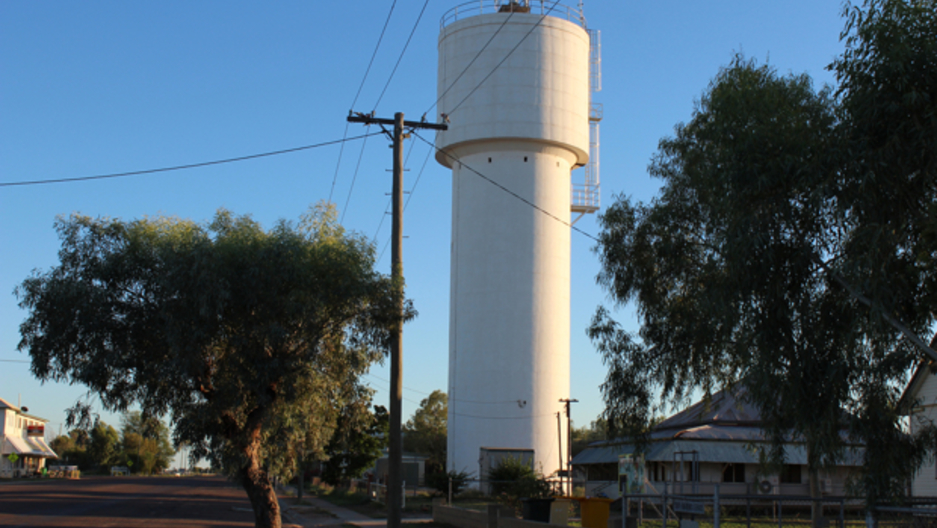 Beneath much of Australia is an underground reservoir called the Great Artesian Basin. It provides drinking water to many communities in the Outback. This water comes to the surface nearly boiling and stinking of rotten eggs, yet it is a life-giving resource in an unforgiving environment. Ari Daniel Shapiro of our partner program NOVA reports.

Winton, population 954, sits in the heart of Queensland.

There is not much to the town — just a crisscross of about a dozen streets in the vast Australian bush. But, in a way, Winton should not exist at all.

Temperatures here routinely climb over 100 degrees in the summertime. Rain is scarce.

The secret to this town's survival sits deep underground. It is called the Great Artesian Basin.

Technically, the Great Artesian Basin is an aquifer, a thick slab of sandstone soaked through with water. This underground reservoir is massive, underlying almost a quarter of the continent.

The amount of water is equivalent to three times the volume of the Great Lakes. That is enough to submerge all land on the planet a foot and a half deep.

The discovery of the Great Artesian Basin 135 years ago opened up a vast portion of Australia to settlement.

To get the water from below ground up to the surface requires no pumping. "It actually comes up under its own pressure," Barr explains.

At Winton's water station, a blue vertical pipe sticking out of the ground brings the water up from almost a mile down.

Barr opens a spigot and invites me to hold my hand under it.

The water is hot — about 100 degrees — but it has actually been cooled by this point. When it first comes to the surface, it is close to boiling. The water picks up a lot of heat underground.

The water also picks up sulfur, so it takes a little getting used to.

"It's just got [a] smell to it," Barr says. But this odor of rotten eggs, he insists, is not a big deal. "If you let the water sit for probably half an hour or so, in an open jug or something like that, it is very good water to drink."

I can vouch for it. I tried some.

The water in the basin originally fell as rain in eastern Australia. "All that rain soaks down through the valleys into hard rock a long way underground," explains Craig Templeman, Winton's tourism manager. "Then it rolls down through here."

And that water has remained underground for a long time — as long as a million years.

Today, some people are concerned that the water is being extracted far faster than it is being replenished. In fact, the government is now encouraging people in the Outback to conserve their water to protect the basin.

Bill Barr, Winton's water manager, is not too worried about the water running low, but he admits that his town and others in the Outback would be in big trouble if it did.

"There is no other water supply around," he says. "It's the only way to survive."