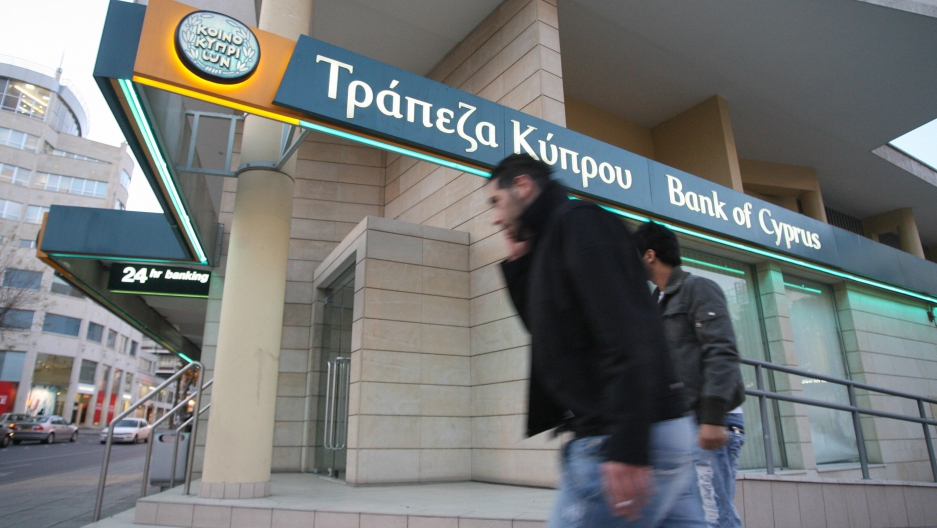 BRUSSELS, Belgium — Many in Europe are reeling from harsh effects of economic woes, but a recent show of brute violence in Greece could signal a terrible turn.

Nearly 30 Bangladeshi field workers in southern Greece came under gunfire attack during a dispute over back pay on Wednesday, police reported, according to the Ekathimerini.com news site.

The workers survived: seven were receiving treatment in local hospitals, but none have life-threatening injuries, the AP added.

This could be the latest ominous sign of how a down economy and tough austerity measures to revive struggling euro zone countries have wratcheted up tensions to violent levels — something officials at the Council of Europe have been fearing.

The shooting of the migrant workers came the day after Europe's top human rights watchdog warned Greece that a surge in hate crime is threatening to undermine the state.

“Democracy in Greece is seriously threatened by the upsurge of hate crime and a weak state response," said a report released Tuesday by Nils Muiznieks, the Council of Europe's commissioner for human rights.

"Sustained and concerted action, notably by the police and the courts, is necessary to protect the rule of law and human rights in the country,” it added.

The shotgun attack on Bangladeshi strawberry pickers highlights the plight of immigrants in Greece.

Many who came from Albania, the Middle East or South Asia during the boom years that preceded the crisis have fallen into poverty with the near collapse of the Greek economy. Increasingly they are targeted by supporters of far-right groups like the Nazi-inspired Golden Dawn, which has seen its popularity soar since the start of the crisis.

Muiznieks warned suspicions of police collusion with Golden Dawn "have dealt an extremely damaging blow to public confidence not only in the police, but in the Greek state as a whole."

Such dramatic events in Greece cast into cold perspective the claim made by German Finance Minister Wolfgang Schaeuble of progress in tackling the crisis.

"Step by step we are winning back confidence," Schaeuble told lawmakers in the German parliament. "If you look at the markets, there is still nervousness and uncertainty. But it is considerably less than three years, two years or one year ago."

As expected, the Bundestag voted to approve the European Union's 10 billion euro bailout of Cyprus, but there was criticism that the harsh conditions imposed on the island risked pushing it into a deep recession on a scale similar to Greece.

"The aid for Cyprus secures the successes we've already achieved in the euro zone,” Schaeuble said before the vote, according to Reuters. “We must prevent the problems in Cyprus from unleashing new problems in other euro zone countries."

Meanwhile, political gridlock intensified in Italy as the country's lawmakers failed to elect a head of state.

A deal by mainstream parties on the left and right had made 80-year-old former minister and trade union leader Franco Marini the front-runner to replace Giorgio Napolitano, 87, who is due to step down in May.

However opposition from the anti-establishment Five Star Movement and center-left rebels meant Marini failed to secure the two-thirds of votes in both houses needed to win outright. Two more votes are scheduled Thursday and Friday. If there is still no two-thirds majority, the one who gets the most votes a forth vote late Friday will win.

There's some precedent for this.

In 1971, it took 23 rounds of voting to elect Giovanni Leone as president.

The president's post is largely ceremonial in Italy, but the head of state is expected to play a key mediating role in efforts to solve the political crisis that has gripped the country since inconclusive elections late February.