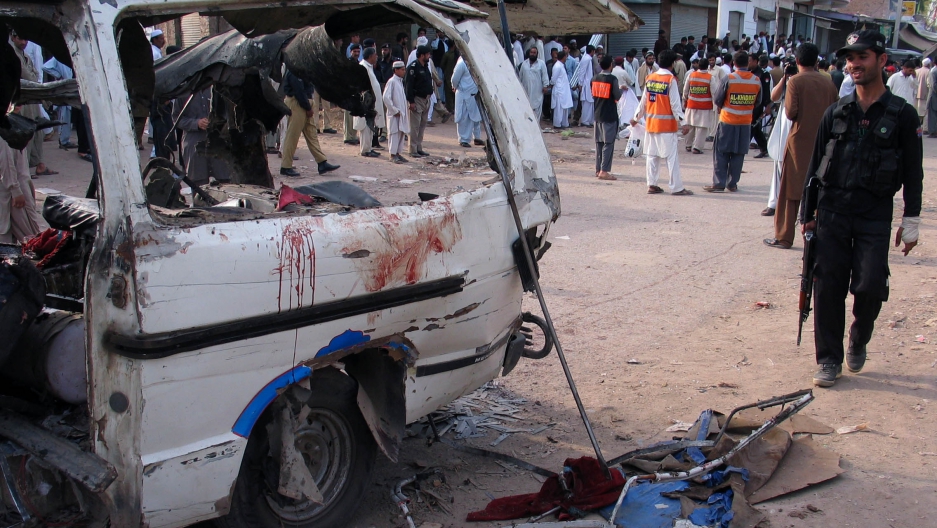 Pakistani security personel and rescuers gather at the site of a bomb blast in Peshawar on April 13, 2013.
Credit: A Majeed
Share

The bombings came ahead of national elections on May 11, the first transition of power from a civilian government to another after completing a full term.

The first suicide attack killed 16 people and wounded many others at a political rally for the Awami National Party (ANP) in the city of Peshawar.

The Pakistani Taliban claimed responsibility for the bombing.

The ANP has been a favorite target of the militant group, as it is perceived as secular.

The blast injured Ghulam Ahmed Bilour, a former railways minister and a political official considered an ally by the Taliban who apologized for injuring him.

Earlier reports said that nine people had been killed but that number was later revised.

Another bomb targeted officials from the opposition Pakistan Muslim League-N (PML-N) party traveling in a convoy in Baluchistan killing four.

Leader of the PML-N, Sanuallah Zehri survived the blast.

There was no claim of responsibility for that attack.

Last week bombers killed eight people on a bus outside the city of Peshawar.