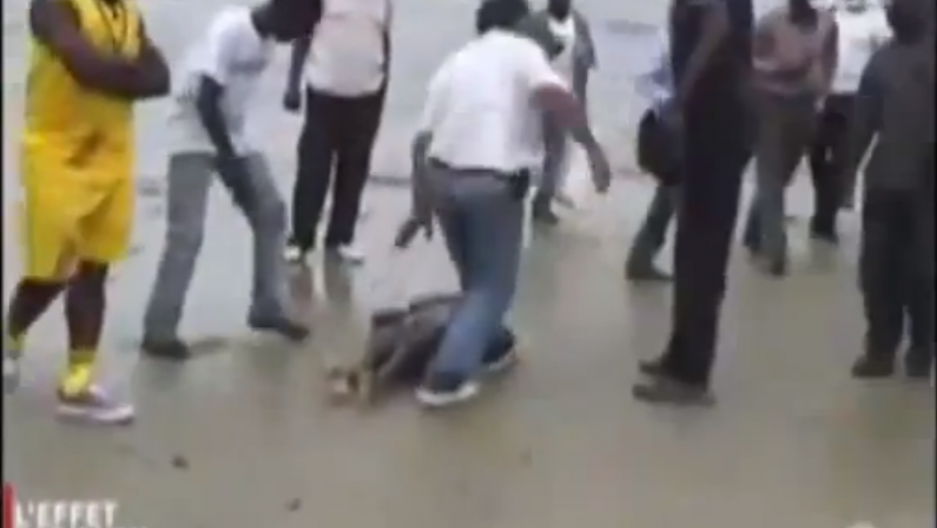 Footage taken from a video released by Anonymous of what allegedly shows a young girl's body, harvested for organs, washing up on a beach in Gabon.
Share

Hackers from the Anonymous collective have joined with activists in Gabon to protest ritual killings in the small West African nation by launching distributed denial of service (DDoS) attacks against a large number of Gabonese websites.

Human body parts are sought after by some in Gabon, including politicians and members of government, for their supposed supernatural powers, according to activists.

"We have seen 20 killings since the start of the year," president of Gabon's Association for the Prevention of Ritual Crimes Jean-Elvis Ebang Ondo told Reuters in March.

He said most of the victims were young girls whose lips, tongues, genitals and other organs had been removed.

“[Anonymous] supports Gabonese protesters, transparency and a right to protest. To Ali Bongo -> We see you,” said one Anon operating the @OpGabon Twitter account.

In addition to the murder and mutilation of an 8-year-old girl reported on by Reuters, Anonymous also brings attention to several other killings, including the murder of a 7-year-old girl last March.

“In February, a Cameroonian citizen was ambushed and his organs were harvested. Then the bodies of three children were found in a car, probably stored there to be transported later in the night and dissected. On March 17, 2013, Atsame Astride, a 7-year-old girl, was killed and left without eyes and lips, her blood sucked out,” read a statement issued by Anonymous.

The killings have induced widespread anger among Gabonese citizens against President Bongo’s government. Activist say that little is done to halt the murders or prosecute those who participate in ritual killings.

“It is a shock to people that this has been happening very openly for four decades and no one seems to care and Gabonese people had their April 6 protest delayed, their April 13 one denied,” said Heather Marsh, a journalist and activist working closely with Anonymous on OpGabon.

“[Bongo’s] secrets are not just hidden in [US State Department] cables anymore. We want to show the UN and all the states that Gabon getting a seat on UNHRC and state visits with everyone just because he donates resource money and backs US at UNSC doesn't impress us,” Marsh added.

Marsh also mentioned that President Bongo was scheduled to travel to Washington as part of an official working visit.