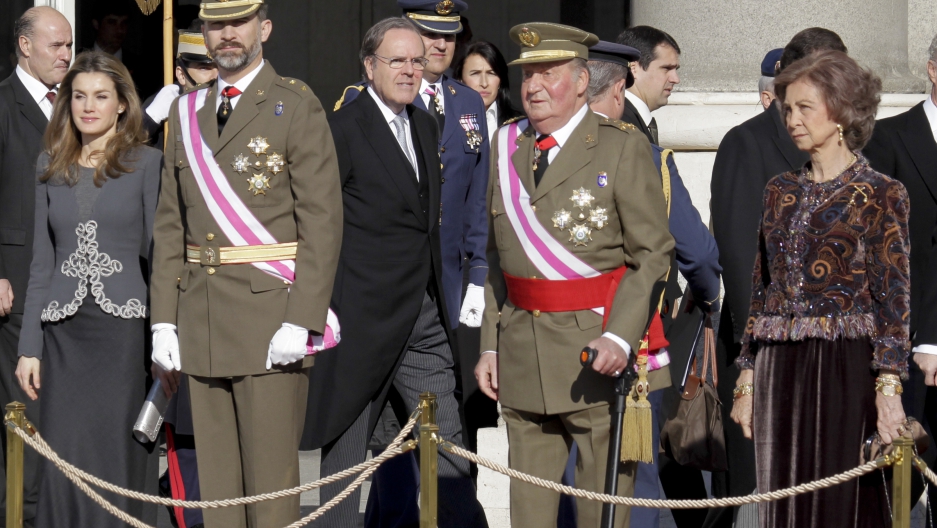 Thousands of Spaniards turned out in the streets of Madrid today to protest the Spanish monarchy and demand the return of a democratically elected head of state.

The demonstration marked the 82nd anniversary of Spain’s last democratically-elected republic, which was overthrown by the army and replaced by the dictatorship of Gen. Francisco Franco, the Associated Press reported. Franco chose then Prince Juan Carlos to be his successor.

King Juan Carlos is credited with steering Spain to a parliamentary democracy under a constitutional monarchy following Franco's death in 1975.

But family scandals have undercut public confidence in the monarchy during a bruising recession.

In April 2012, the public found out that Juan Carlos had gone on a secret elephant hunting safari in Botswana when he broke his hip on the trip and had to be flown back to Spain for medical treatment. Spanish citizens were appalled that the king had gone on such a luxurious vacation at a time that unemployment in Spain was at a record 26 percent.

Then, an investigation was launched into whether the king’s son-in-law, Inaki Urdangarin, the Duke of Palma, had embezzled as much as $8 million in public funds with his former business partner. The king’s daughter, Princess Cristina, has been named as an official suspect in the embezzlement plot.

“This monarchy was imposed on us by the dictatorship, therefore we consider it to be illegal,” teacher Maria Ayuso told the AP. “Also, we consider it anachronistic to have a non-elected head of state; it’s not democratic.”