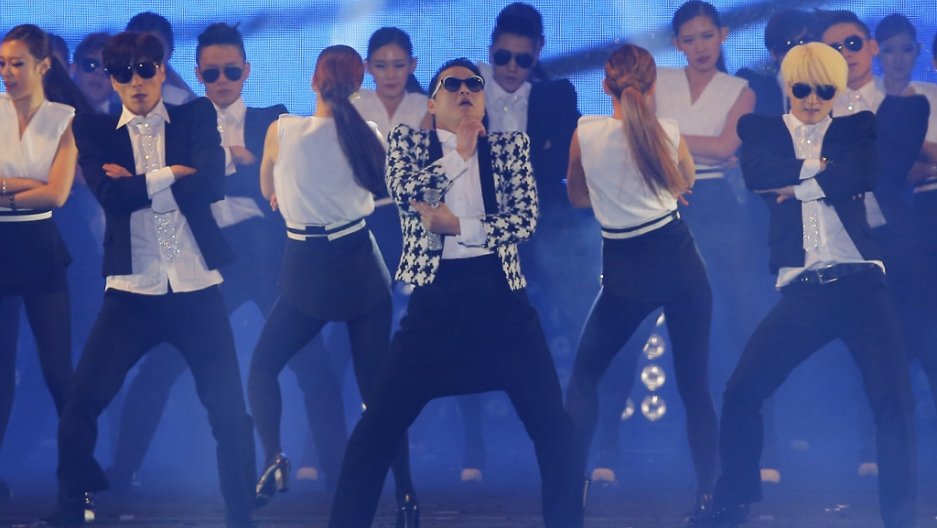 Really, how can anyone be expected to follow 1.5 billion and a worldwide musical phenomenon, PSY included?

After the unprecedented success of “Gangnam Style” and its billion and a half YouTube views, the South Korean rapper-dancer-singer released “Gentleman” on Friday.

While the beat is certain to make it a dance-floor staple this summer, missing is the biting social commentary and self-deprecating humor that made “Gangnam” so popular and easily viewable, again and again (…and again).

The 35-year-old PSY debuted “Gentleman” on Friday for a crowd of 50,000 in Seoul. He later uploaded the video to YouTube.

After about seven hours online, it racked up more than 250,000 views. It’s also racking up plenty of tepid reviews, and PSY acknowledges he’s fighting an uphill battle.

“Many expressed disappointment, saying I made too many calculations and I should have remade some of the songs I did in the past. But this is the best song, best work and the best choice I could possibly do,” PSY told reporters Friday, according to AFP.

“I made the song feeling enormous pressure.”

The song has its moments, provided you can listen to electronic dance music.

Undeniably catchy, it is probably a stronger song — or at least as good — as “Gangnam.” Its uptempo beat and catchy keyboard loops will have you swaying your hips and bouncing your head the entire 3:54.

The video — showing PSY as crass boyfriend who loves to pull chairs out for his date, only to let them fall to the floor — provides some laughs. That guy with the bowl haircut in the yellow suit is back, and PSY has unquestionable stage presence.

He’s even thrown us North Americans some English lyrics.

Yet, PSY is not breaking any new ground on “Gentleman.” It feels strikingly similar to his smash hit, and it’s gravitated into more tactless territory.

The gyrating seems so much more low-brow in this video than “Gangnam.” And those English lyrics include gems like “Damn, girl, you so freakin’ sexy … gonna make you sweat, gonna make you wet.”

And he picks his bum. Really, nobody needs to see that.

Having said that, I have replayed the video three or four times during the writing of this review. No, it is definitely not a candidate to break PSY’s YouTube records.

Here's what you are saying:

More from GlobalPost: PSY song Assarabia over before it begins