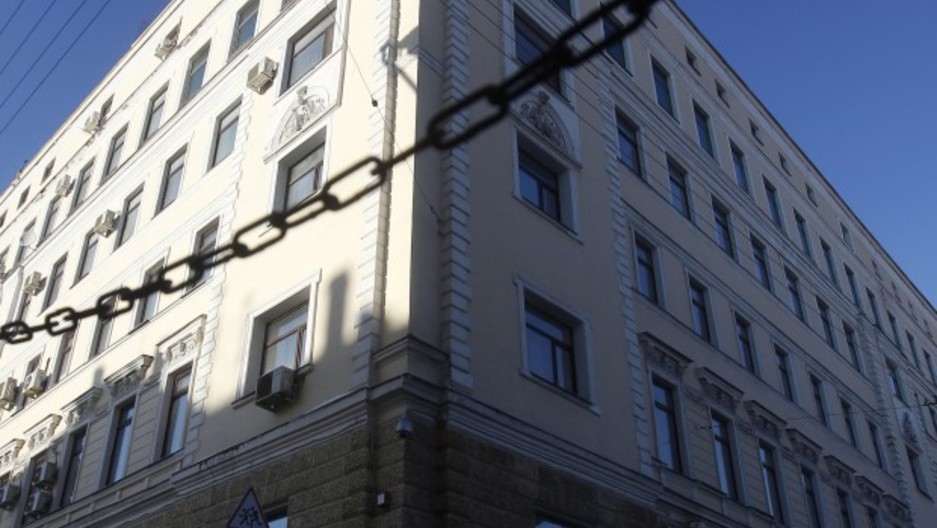 A general view is seen of the building that houses the offices of Human Rights Watch in central Moscow March 27, 2013. Russian authorities searched the Moscow offices of Human Rights Watch and three other prominent advocacy groups on Wednesday, part of a wave of hundreds of inspections that activists say is a campaign to silence criticism of President Vladimir Putin. REUTERS/Maxim Shemetov (RUSSIA - Tags: POLITICS CRIME LAW SOCIETY) - RTXXZR9

Share
The US and Russia seem to be able to work together when they need to. They're collaborating on North Korea for example. But Moscow and Washington are painfully at odds over human rights. The US has been sharply critical of Russia on that front. The Obama Administration announced it was imposing financial sanctions and travel bans on 18 individuals – including senior Russian officials – suspected of human rights violations. At the same time, the Russian government continues to crack down hard on non-governmental organizations, or NGOs – another move that's drawn American criticism. Natalia Antonova is acting editor-in-chief of The Moscow News.She says the government has been conducting a series of raids against several NGOs. One of them, Memorial, researches the dark past of the Soviet Union and has recently connected Stalin to execution lists during the purge of the 1930s.