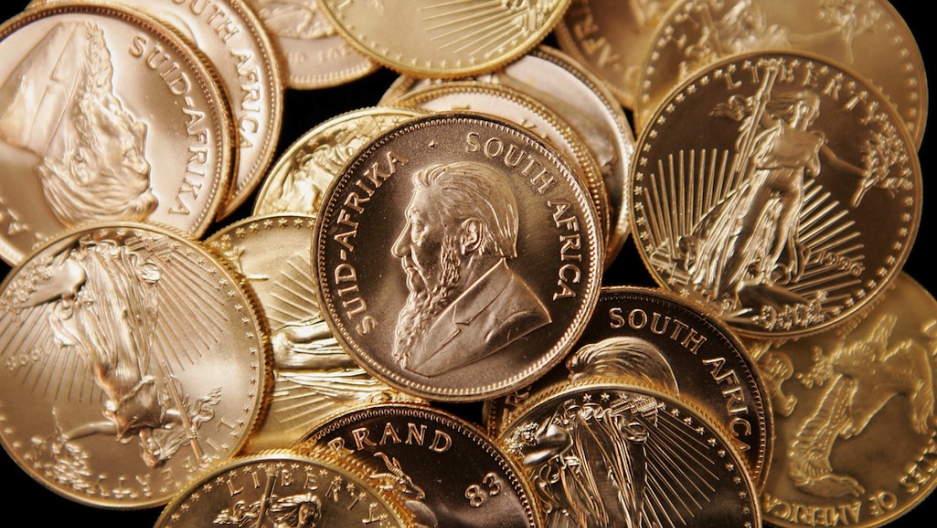 If Cyprus sells off its gold reserves it will be the biggest sale of bullion by a euro zone central bank since France sold 17.4 tonnes in 2009.
Credit: SCOTT OLSON
Share

BRUSSELS, Belgium — In Cyprus, it's come to this: the government's considering selling off its gold.

At least, that's what the European Commission has advised to come up with ever more money to save the struggling Meditarranean country, according to an EC document leaked to the media Thursday.

What the Cypriot government really intends to do has been much source of debate.

The leaked document shows that the EU-Cyprus mess is far from over. The country's bailout needs originally estimated at $22 billion are now set at around $30 billion.

Cyprus' own contribution to its bailout has now risen to $17 billion.

The document says that has to come through "restructuring" the banking sector, including grabbing a slice off all deposits over $130,000; increased taxes; sales of state companies; and selling off part of the country's gold reserves.

The gold sale would represent a first in the euro crisis and could become a dangerous precedent.

Bullion sell-offs have been raised before for other highly indebted euro countries, then dropped due to worries they could undermine world gold prices.

Crisis-hit southern European nations have big stocks of gold. Portugal's reserves are valued at around $20 billion and Italy has $125 billion — the world's fourth highest stock.

Fears they could rush to jettison gold to pay off debts would risk panic on markets.

According to the plan for Cyprus, only a relatively small amount would be sold — worth about $525 million. Even that was enough to send the market down until Cypriot officials came out to say the plan is far from being agreed.

"The Cypriot government put various options forward, including this," spokesman Christos Stylianides told reporters. It was just "one of many" he stressed.

Yet the Central Bank of Cyprus is contradicting the reports.

A spokesperson for the central bank told CNBC on Thursday there was "no such thing being discussed."

"The decision to sell the gold is a decision to be taken by the board of the Central Bank of Cyprus (CBC). No such thing has been discussed or is in the process of being discussed. There are so many rumors flying about and this is just one of them," said Aliki Stylianou.

According to the BBC, Cyprus currently has about 13.9 metric tons of bullion reserves. At current prices, 400 million euros' worth of gold is about 10.36 tons of metal.

Some analysis were left baffled by the decision to include a gold sale in the EU plan.

"My instant reaction to this is 'WTF?'" blogged fund manager Pawel Morski (using the often-cited initials of an expletive expressing disbelief.) "May have an aim other than being a nifty piece of political humiliation, but buggered if I can see what it is."

Adding salt to the wounds of humiliation, perhaps, this news comes amid reports that the value of gold itself is tanking.

Morski was also among those who poured scorn on other elements of the EU Cyprus paper, notably that the economy would shrink by only 12.6 percent over this year and next before starting to grow in 2015.

The confusion over whether Cyprus has or has not agreed to the gold sale and the rest of the island's rescue plan will loom large at a weekend meeting of EU finance ministers in Ireland starting Friday.

They will have more on their plate though. Portugal is seeking more time to pay back its loans and is facing mounting fears of a second bailout, and Slovenia will have to explain how it plans to sort out its banks to avoid becoming the next domino.