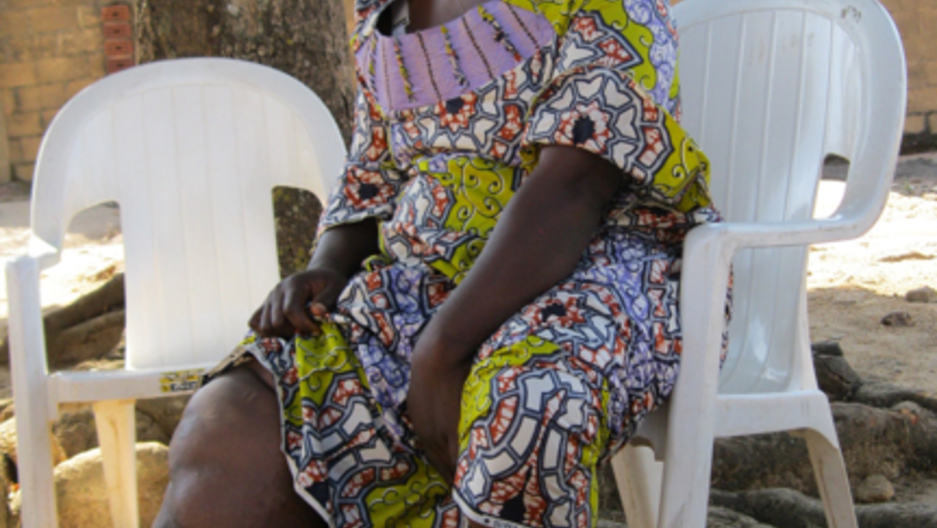 Philip Graitcer, formerly an epidemiologist with the US Centers for Disease Control and Prevention, lived in Africa in the 1980s. He recently returned to the continent as a journalist and came face to face with a disease he had only read about in textbooks. He shares his thoughts on an experience in Northern Nigeria.

In the shade of a mango tree, I find a dozen men and women sitting in a circle. I pull up a white plastic chair and join them.

Hamisu Isa is a big man. He is dressed in a pale blue flowing robe. Because of the robe and his size, you don't immediately notice his left leg. It is huge and covered with hard and wrinkled skin, like an elephant's.

Isa has elephantiasis. He is one of thousands of adults in Nigeria with enormously swollen legs, arms, and breasts. He and the others here are part of a support group run by the Carter Center.

Another member of the group is Asabe Bawa, a teacher. Both of her legs are swollen.

Bawa explains that when she first developed the illness, about eight years ago, she went to the hospital, but the doctors couldn't find anything. She thought she had been put under a spell.

"People started to saying that maybe it is witchcraft," she recalls. Others suggested she had been poisoned. "People started saying all sorts of words."

Later, she learned the truth.

Elephantiasis — also called lymphatic filariasis — is an infectious disease. It is caused by tiny worms spread by mosquitoes.

In this region of Nigeria, the Carter Center has run a program to eliminate the disease, and it recently announced success. It is the first time new cases of the illness have been stopped in such a highly affected area. This success could lead to the elimination of the disease in the entire country and, eventually, its eradication worldwide.

As someone who has worked in public health, I applaud this effort. But meeting these patients, I can't help thinking: even when the disease is gone, it isn't the end.

Elephantiasis is incurable. People with it have to take great care for the rest of their lives. Their swollen body parts bruise easily and can get infected. And patients have to cope with the stigma of their deformities.

Hamisu Isa, the large man with the swollen leg, lives alone. "No family," he says.

Isa says he was engaged to be married, but his fiancée's parents called it off because of his disease.

Lymphatic filariasis is one of about a dozen diseases that are known as neglected tropic diseases. They occur mostly among the poor in rural communities. Only recently have health organizations focused on preventing them.

Thanks to the control efforts here, elephantiasis has not been neglected. In fact, people like Asabe Bawa and Hamisu Isa may be among the last of their kind. But, for them, the disease will never disappear.

Which made me wonder: when a disease is eradicated — like smallpox or polio or lymphatic filariasis — what happens to those who have already been affected?

When the disease is gone, will these people get the care and support they need? Or will they, like their disease, become neglected?