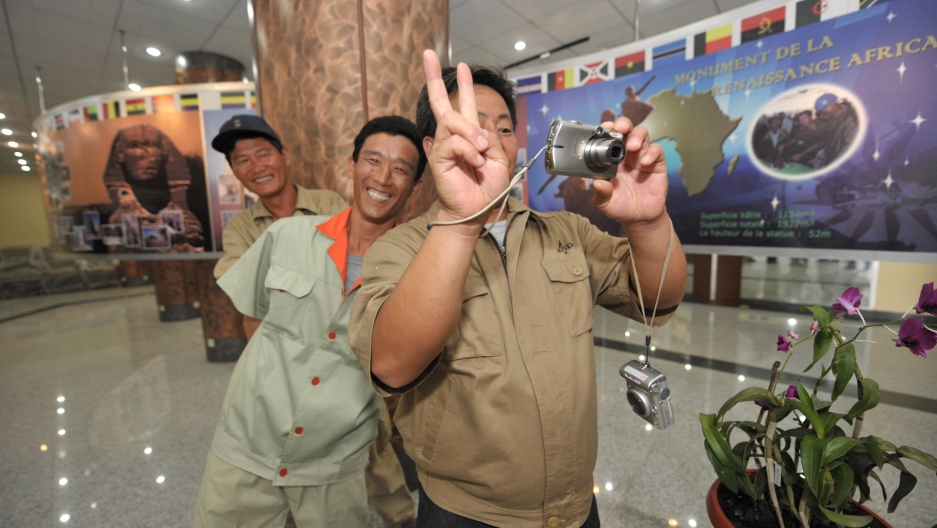 SEOUL, South Korea — Today is April 10, the date of the fake apocalyptic ultimatum that North Korea gave to foreign embassies in Pyongyang and expatriates in South Korea. The regime essentially advised them to pack up and leave, or else they can't be protected regardless of whatever happens after today.

To my knowledge, the number of foreigners in Seoul giving much thought to the warning is in the tens. But Kim Jong Un has found one odd ally as of late: the city of Damaturu, Nigeria.

Yes, that's right. In a ceremony last week, the mayor of the town in northern Nigeria awarded Supreme Leader Kim honorary citizenship — citing his great wisdom and guiding hand against the imperialist powers.

"H.E. Kim Jong Un, supreme leader of the Korean people, is successfully carrying forward the cause of the preceding leaders and wisely leading the Korean people with his tireless efforts, extraordinary leadership ability and warm humanity.

"He is steering the cause of building a thriving nation to victory with strong pluck and grit despite hostile forces' unprecedented provocations and manifold difficulties."

North Korea has always had a soft spot for spreading its ideology of "Juche" — a tagline that roughly means national purity and self-reliance — to Africa and developing countries.

The isolated state has also been engaged in technical cooperation to win over goodwill on the continent. In Senegal, North Korean artisans helped build the African Renaissance Monument, an edifice taller than the Statue of Liberty and opened in 2010. In the photo to the left, North Korean workers prepared the monument's unveiling in April 2010 in Dakar, Senegal (Seyllou AFP/Getty Images).

At home, North Korea even hosts a yearly "World Juche Conference" bringing in students of the Kim dynasty from around the world — including, yes, Africa.

(Below, a poster in Pyongyang advertises the 2012 "World Congress
on the Juche Idea." Photo courtesy of Felix Abt, the author of "A
Capitalist in North Korea.")

Some African countries are home to small Juche study groups of citizens who wax philosophical over the ideas of the "Great Leader" Kim Il Sung. Their respective governments, however, don't give much thought to North Korean orthodoxy.

The country's affinity for Africa stretches back at least to when Kim Il Sung, the founding father of North Korea, attended a Cold War "non-aligned" conference in Belgrade in 1961. The regime found common ground with those small countries trying to fend off encroachment from the United States, the Soviet Union and China.

Lately, though, things haven't been good for the handful of North Koreans in Nigeria. In early February, Muslim militants beheaded one and slit the throats of two North Korean doctors in their home — not far from the town where the Supreme Leader received the accolades.

The physicians were reportedly visiting the predominantly Muslim north on a humanitarian mission. Was the honorary citizenship perhaps an apology for trouble caused? As with anything related to North Korea, it's hard to tell.