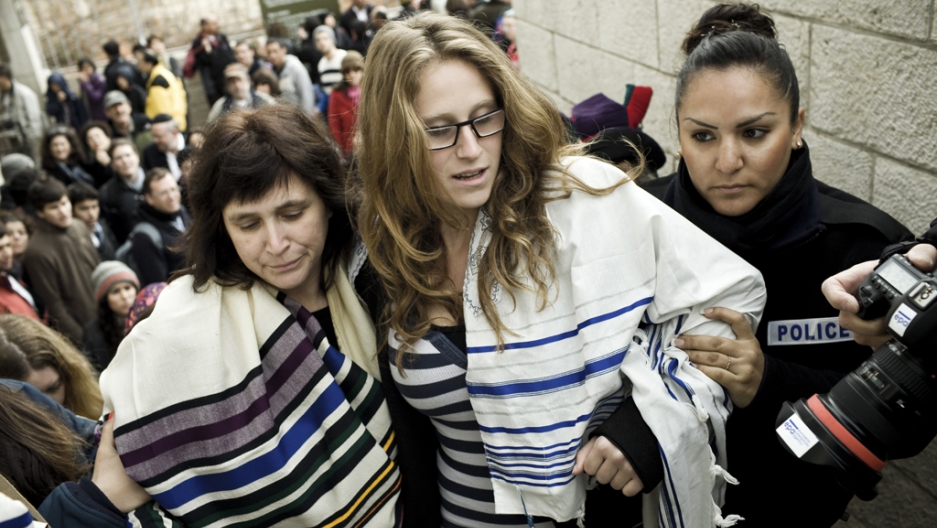 JERUSALEM — The rabbi of the Western Wall, Judaism’s holiest prayer site, has endorsed a proposal to set aside a section where men and women can pray together.

The Orthodox religious authorities who oversee worship at the wall don't allow men and women to pray together or women to lead prayer groups or wear prayer shawls.

Reform and Conservative Jews who wish to pray in mixed groups or have women lead prayers are sent to a smaller site separate from the Western Wall that’s only open several hours a week.

Those groups have long complained the custom stop them from worshipping as Israeli civil law permits.

Under the proposed plan, drafted by the Jewish Agency, the Western Wall plaza would be divided into three areas: one for men, one for women and one for mixed groups.

"According to our recommendations, the access will be the same, 24 hours a day, on the same level, with a shared entrance and no one will be able to say that they are being sent to a second-class place,” Jewish Agency Chairman Natan Sharansky said, according to YNet News.

“I want everyone to pray according to Orthodox Jewish religious law, but I don’t interfere,” Shmuel Rabinovich, the rabbi of the Western Wall, who is Orthodox, told Army Radio on Wednesday, the AP reported. “If these things can be done at the Western Wall without hurting others, and this can bring about compromise and serenity, I don’t object.”

The plan must be approved by Israel's goverment before it is implemented.

The fact that non-Orthodox women have been unable to pray as they wish at the Western Wall — and, by extention, men who are with those women — has become so controversial it threatens Binyamin Natanyahu's support from Jews outside Israel. But it is fiercely opposed by an ultra-Orthodox minority that jealously guards its prerogatives.