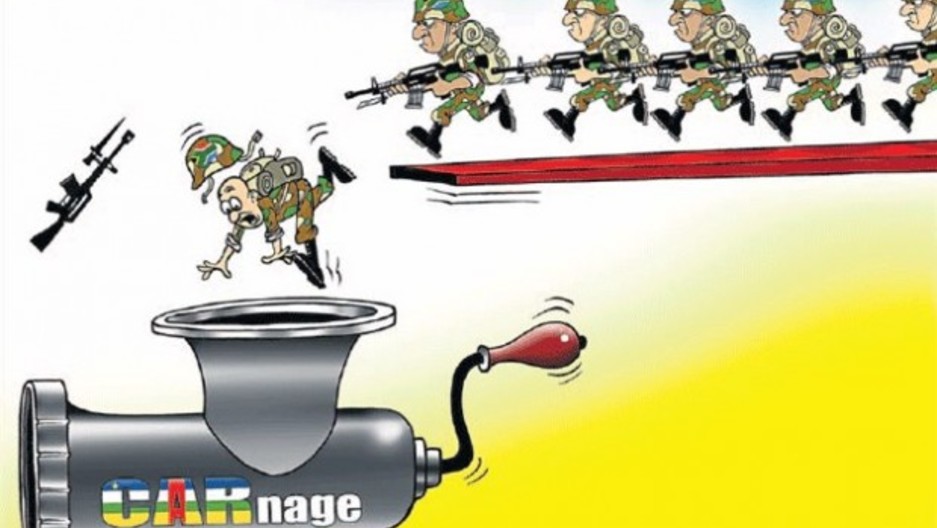 Marco Werman speaks with The World's Carol Hills about an incident that's showing up in a lot of South African political cartoons.

Thirteen South African soldiers died on March 23rd in Central African Republic as they engaged rebels there who were advancing on the capital, Bangui, to oust the president.

Here's a selection of cartoons that comment on the deaths of South African soldiers in Central African Republic.