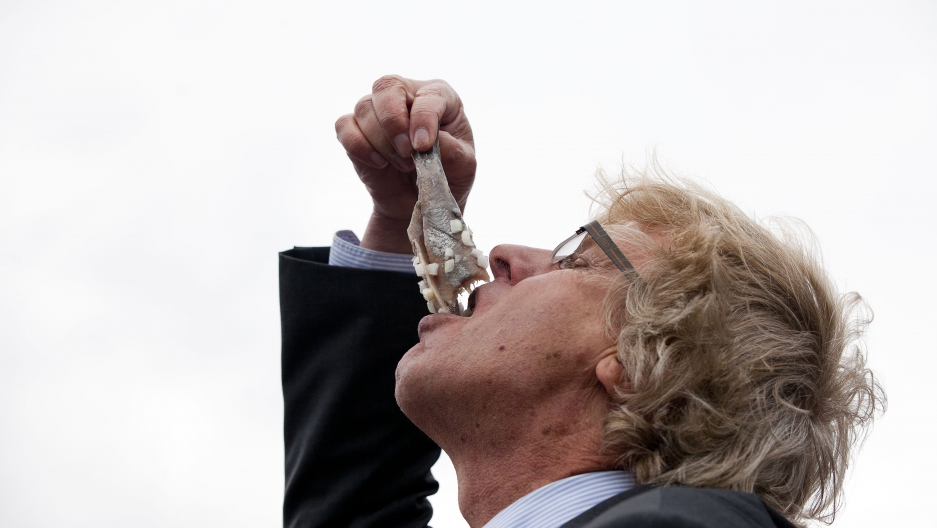 A new study shows that the consumption of oily fish can lengthen one's lifespan by years.
Credit: PHIL NIJHUIS
Share

A new study suggests that eating fatty fish can lengthen your life.

Researchers at Harvard found that those people over 65 who ate fish rich in omea-3 fatty acids live an average of two years longer than those who do not.

The study found that people who ate fish were 27 percent less likely to die during the study and had lower risk of heart disease.

Though links between omega-3 fatty acids and good health is well documented, this study looked at older people who ate oily fish.

"Our findings support the importance of adequate blood omega-3 levels for cardiovascular health, and suggest that later in life these benefits could actually extend the years of remaining life," study author Dariush Mozaffarian, said in a press release.

More from GlobalPost: UK study: 7.4 percent of fish sold as cod is mislabeled

The study authors tested the blood levels of fatty acids in patients, while quizzing them about their fish consumption to get the results.

Demographic, lifestyle and dietary factors were all accounted for during the study.

The findings were published in the Annals of Internal Medicine.