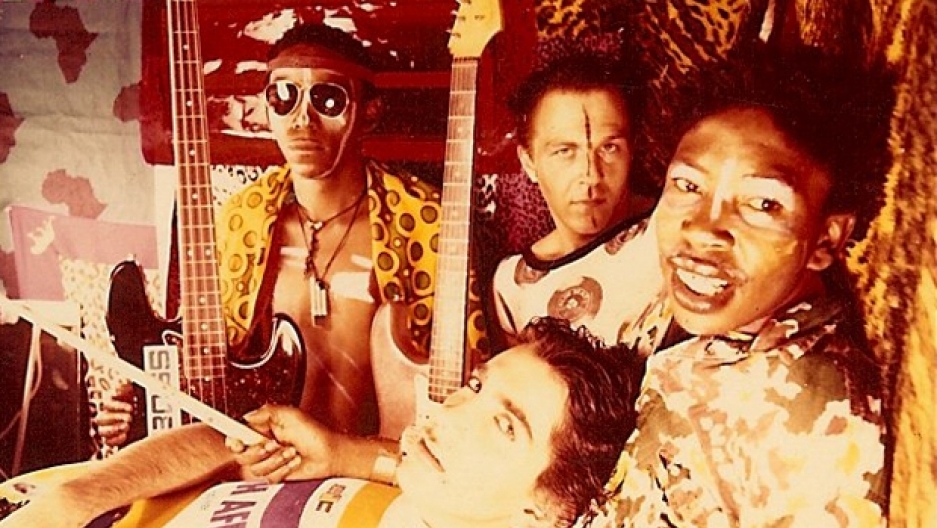 Share
Ivan Kadey started the band National Wake with two brothers, Gary and Punka Khoza. The three bandmates grew up in and around Johannesburg, but their experiences couldn't have been more different. While Ivan was raised in the white suburbs, Gary and Punka's family was forcibly moved to Soweto, where the apartheid government was consolidating the black population. When a mutual friend introduced Kadey to the Khoza brothers in 1978, he already knew he wanted to start a band with the name National Wake. Kadey says it embodied his disillusionment with the apartheid regime, and served as a call for its demise. Kadey says,"When I met with Gary and Punka and we started jamming I just knew, this is National Wake! You know, this was the band that fulfilled the promise of the name." In 1981 National Wake released its first and only album. Soon after the band disintegrated. In the decades since, Gary and PUnka Khoza died, both in their late 40s. These days Ivan Kadey works as an architect in Los Angeles. In 2011, Kadey re-released the band's self-titled debut 30 years after its first pressing. And there may be more. "Oh I'd say there's a good 20 songs that have never been release," Kadey admits. "All of these recordings put together they speak of the whole evolution of the band. From a sort of naive, almost belief that we could miraculously change everything to realizing what a struggle it was, and what the country was going through and what it would go through."