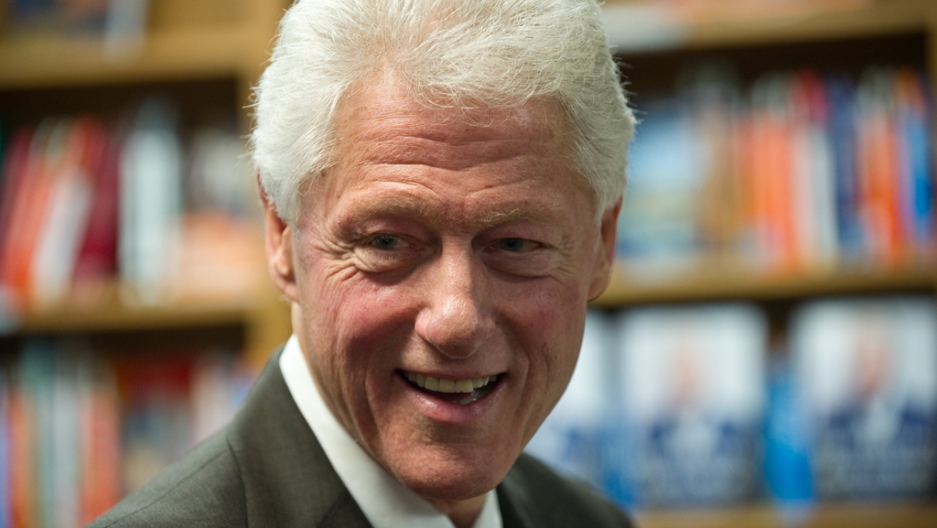 Former US president Bill Clinton is one of the 231 candidates submitted to the Nobel Institute for the Nobel Peace Prize. Other nominees include WikiLeaks suspect Bradley Manning and the European Union.
Credit: NICHOLAS KAMM
Share

Just as TransCanada is  trying to convince us that their proposed Keystone pipeline is perfectly safe, an Exxon Mobil pipeline has ruptured. This is so embarrassing.

The National Resources Defense Council  has warned that tar sands oil carried in the pipelines is dirtier than conventional oil. "Leaks and spills threaten rivers, aquifers and communities all along the route," the NRDC writes.

And now a leak has happened.

Exxon Mobil Corp. says that its crews are working to clean an oil spill near Mayflower, Arkansas after its Pegasus pipeline ruptured on Friday afternoon. The pipeline carries Canadian heavy crude oil from Illinois to the Texas Gulf coast,  The Canadian Press reported.

Exxon  issued a press release stating that it was responding to a spill of more than 10,000 barrels.The leak was discovered late Friday and forced the evacuation of 22 homes.

This is certainly not the first spill from that pipeline: an oil spill of more than 1,000 barrels from the pipeline fled into into a Wisconsin field last year,  Reuters notes. And on Monday, federal regulators asked Exxon Mobil to pay $1.7 million in civil fines for safety violations linked to yet another pipeline rupture that spilled an estimated 238,000 liters of crude oil into Montana's Yellowstone River in July 2011.

It remains to be seen whether the latest accident will impact the pipeline-friendly US government.  As Mother Jones recently reported, the State department recently released a draft report downplaying the environmental risks of the Keystone pipeline, while failing to mention that the report's author has previously worked as a consultant to both TransCanada and Exxon.