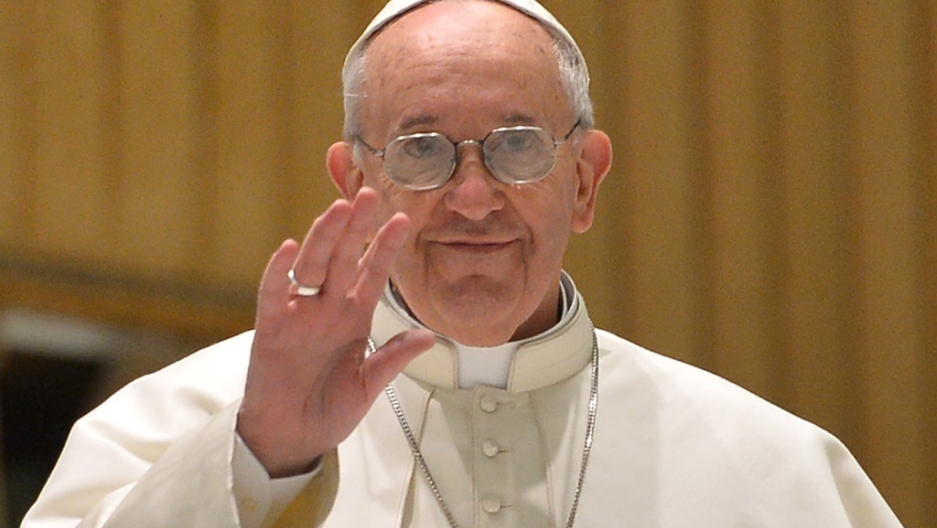 Pope Francis arrives for a private audience to members of the media on March 16, 2013 at the Paul VI hall at the Vatican. Pope Francis called for "a poor Church for the poor", saying he chose his papal name because St Francis of Assisi was "a man of poverty and a man of peace".
Credit: ALBERTO PIZZOLI
Share

Pope Francis has washed the feet of 12 prisoners in a youth detention center near Rome as part of the Holy Thursday service.

The washing of feet is a Holy ritual that is part of the Holy Mass of the Lord's Supper, which symbolizes Christ washing his disciples' feet during the Last Supper.

In a homily, the Pope earlier told priests to do less "soul-searching" and to engage more with parishioners.

"It is not in soul-searching... that we encounter the Lord," he told hundreds of cardinals, priests and bishops in St. Peter's Basilica.

"We need to go out... to the outskirts where there is suffering, bloodshed, blindness that longs for sight and prisoners in thrall to many evil masters."

Worshippers should "leave Mass looking as if they had heard good news", he added.

The juvenile detention center visited by Pope Francis, Casal del Marmo, is led by Prison Chaplain Father Gaetano Greco, who said the Pope's visit "will make them see that their lives are not bound by a mistake, that forgiveness exists and that they can begin to build their lives again."

Those in the center are aged 16 to 21, according to Greco, and come from broken families. He said they sought to escape their lives through drugs and crimes. Some volunteered to have their feet washed by the head of the Catholic Church and others were hand picked.

They included two girls, one Italian Catholic and one Serbian Muslim.