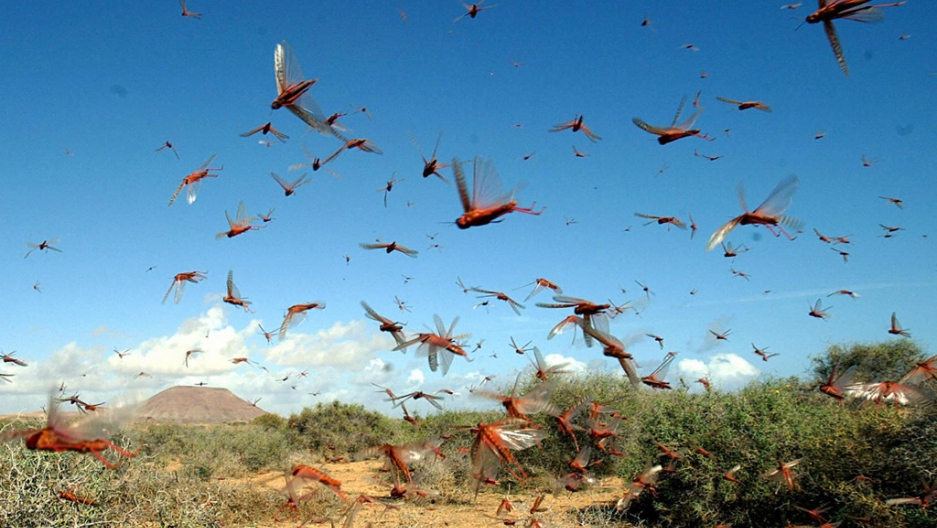 Swarms of locusts in the Canaries.
Credit: SAMUEL ARANDA
Share

A severe plague of locusts has landed in about half of Madagascar, threatening crops and creating concern over food shortages.

According to the UN's Food and Agriculture Organization (FAO), the billions of insects could cause hunger for 60 percent of the country's population.

The FAO called for $41 million to fight the plague, with the first installment of $22 million required by June. Another $19 million will be needed for a three-year strategy.

More from GlobalPost: A plague of locusts descends on Egypt (VIDEO)

If nothing is done, about two-thirds of Madagascar will be infested by September.

In the poorest southern regions of the country, where the locusts first landed, around 70 percent of households are considered food insecure. The plague already threatens 60 percent of Madagascar's production of rice, which is the main staple in the country, where 80 percent of the population lives on less than a dollar per day. The locusts will also destroy most green vegetation that generally serves as pasture for livestock.

The Locust Control Center in Madagascar has had to treat over 74,000 acres of farmland since last October, but the situation worsened when a cyclone hit in February.

The last plague of this nature hit Madagascar in the 1950s.