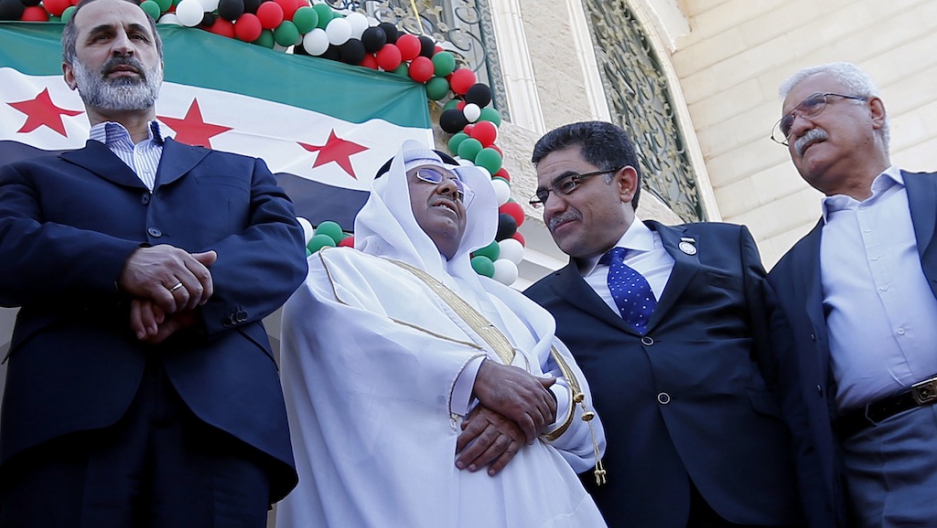 It's another diplomatic blow for President Bashar al-Assad this week. On Tuesday the rebel National Coalition was given Syria's seat at the Arab League summit.

The Syrian embassy of Assad's government is still closed. Diplomatic ties were severed between Qatar and Syria in Nov. 2011 due to the Syrian government's bloody and violent crackdown on public dissent.

At the newly dubbed "Embassy of the Syrian National Coalition," Khatib criticized the international community for their lack of effort to support the rebel cause.

"There is an international willingness for the revolution not to triumph," he told reporters at the embassy.

Since Syria's civil war began in 2011, the United Nations estimates that more than 70,000 people have been killed while millions have been displaced.