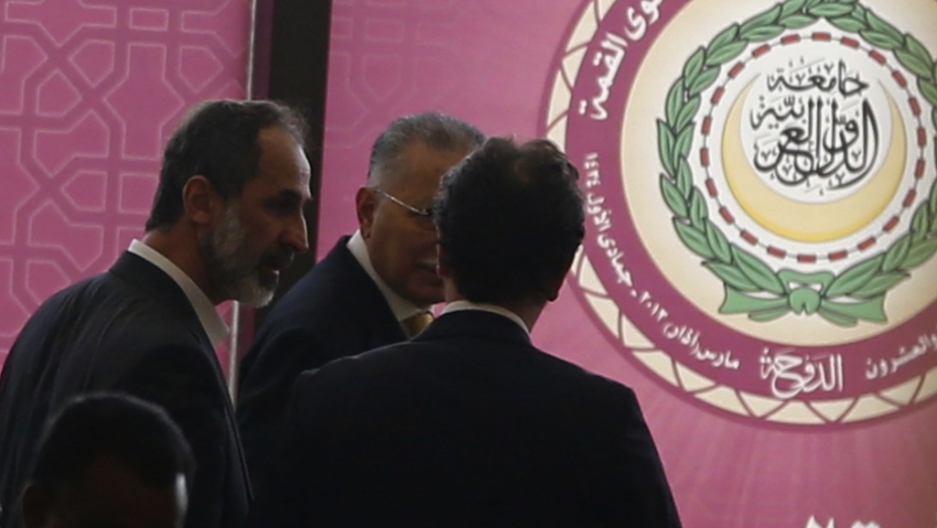 Syrian opponents of President Bashar al Assad took their seat at the 22-member Arab League summit in Qatar on Tuesday.

The seat was filled by Moaz al-Khatib, who had led the opposition’s main umbrella group — the National Coalition — until his resignation last week.

It's a significant moment for rebel forces, as it gives them some international legitimacy, and puts the National Coalition in a seat formerly held by Assad's government.

“It is part of the restoration of legitimacy that the people of Syria have long been robbed of,” Khatib said, who gave an impassioned speech after the announcement.

"We call for an end to the bloodshed. We want liberty, we wish to steer the country away from further destruction. We wish to maintain national harmony — a clear diplomatic solution to stop the killing at the hands of the regime," Khatib said.

Syria has not had an Arab League representative since November 2011, when Assad's government was suspended for its violent crackdown on a popular uprising.

In response, the Assad government condemned the Arab League's decision.

"Ambassador Youssef Ahmad stressed that replacing a completely sovereign legitimate state with an illegitimate non-viable monstrosity entity by the Arab League is an unprecedented step as it allows all the oppositions in the Arab countries to demand the same specialties of Istanbul Council with its new form," Syria's state news agency said.

Khatib, in his address to the Arab League, said that he had requested US Secretary of State John Kerry to use NATO patriot surface-to-air missiles on the Syrian-Turkish border to safeguard civilians.

"The role played by the US should be much bigger. I asked John Kerry to provide Patriot missiles to protect the northern province. We requested NATO to spare the lives of innocent civilians," Khatib said.

Khatib was then quick to say he did not want direct foreign military intervention, either from governments or foreign rebel fighters who support the Syrian revolution and the overthrow of Assad.

"It was a central plea for the Syrian people to be left alone to fight their own battle and determine their own future," the Guardian's Ian Black said.