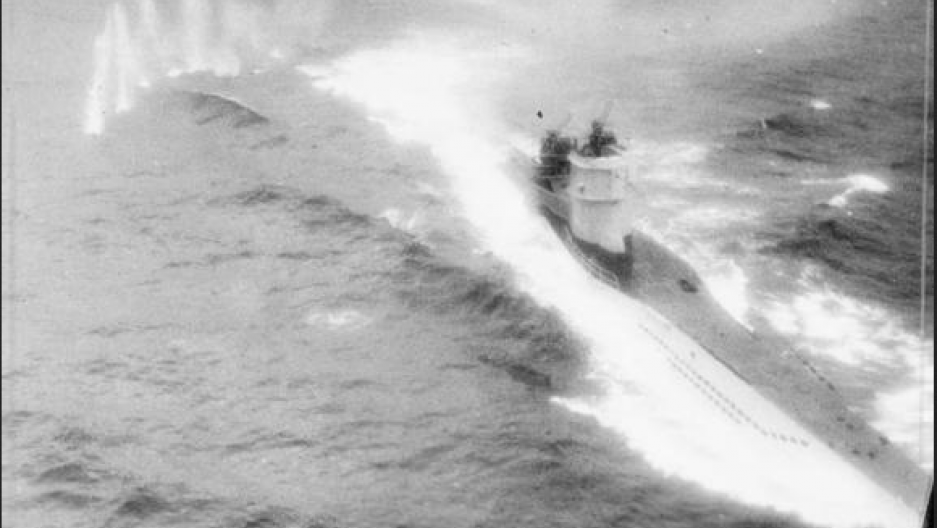 Photograph taken from Consolidated Catalina Mark IVA of No. 210 Squadron RAF during an attack on German Type VIIC submarine U-361. The wreck of another Type VIIC submarine, the U-486, has just been identified off the coast of Norway.
Credit: Imperial War Museums Collections via Wikimedia Commons
Share

The wreck of a long-lost Nazi submarine, the U-486, has been found off the west coast of Norway, more than 60 years after it was sunk.

The remains were first spotted north of the port of Bergen last year but have only now been confirmed as the missing U-boat, the Bergen Maritime Museum announced today.

The U-486 last sailed on April 12, 1945, when she came under attack from a British submarine. A torpedo broke the German vessel in two, sending her and all 48 crew onboard to the bottom of the seabed.

The wreck was discovered 820 feet below sea level as oil company Statoil scanned the depths for a location to build an underwater pipeline.

More from GlobalPost: German U-boat found off coast of Nantucket, 70 years after sinking

There are no plans to disturb the wreck, according to Hansen, though environmental authorities may wish to assess it for possible pollution risks. The submarine's remains could still contain fuel oil and unexploded torpedos, he said.

It lies little over a mile from another German U-boat, the U-864, which was sunk the same year with tons of toxic mercury onboard. Authorities have long debated whether to remove the wreckage in an attempt to contain its hazardous material.

There are most likely more sunken submarines waiting to be found in Norway's waters, Hansen said.

The Nazis stationed much of their U-boat fleet in occupied Norway, using its ports as bases from which to attack Allied ships in the North Atlantic and Artic Ocean.

The U-486 destroyed four ships in her time, most famously the SS Leopoldville, on which 763 American soldiers died.

Click here to see underwater photos of the U-486.