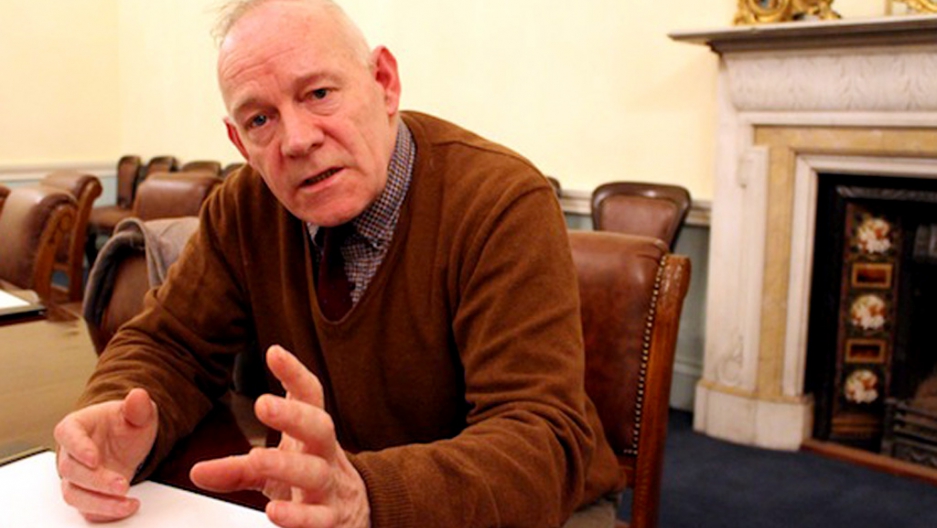 DUBLIN — In his first week at the Vatican, Pope Francis called for a leaner, no-frills church rooted in Christ's original mission of serving the most needy. Many heralded his vision for the future, but not everyone is convinced that Francis can reposition the diverse global institution.

Dublin City Councillor Mannix Flynn is among the naysayers. A victim of sexual abuse while at a church-run industrial school in Ireland, Flynn said he believes the church will continue down a perilous course.

"You get people projecting onto the person that he's a very simple man, that he's a humble man, that he’s broken with precedent, that he's doing everything differently. But it's the same make, same shape — only different color," Flynn said of the pope during a recent interview.

“The idea that a man from Barcelona, or from Argentina or from Berlin is going to change the dynamics of what's been around for a long time is completely crazy," continued Flynn, a 56-year-old Independent who represents the posh southeast section of Dublin's inner-city.

Flynn grew up in a large, poor household in Dublin and was described in a 2003 newspaper profile as a "hell-raiser" from an early age. He spent a year in a youth correctional institution that was run by the Roman Catholic Church's Christian Brothers society. Flynn said he was abused from his first day there.

After Flynn finished his time at the correctional facility, he became alcoholic and was barred from scores of Dublin pubs. But the actor and playwright has changed his ways in the past two decades, and in 2009, he was elected to public office.

Flynn said he wants to see the church finally take responsibility for its scandals, including clergy sexual abuse.

Some in Ireland, like Father Leon O’Giollain, say that the church needs to move on from the sex abuse scandal.

During the St. Patrick's Day homily at Dublin's St. Mary's Pro-Cathedral, Father O’Giollain said he wants the church to move toward forgiveness and reconciliation. He held up St. Patrick -- an Englishman enslaved and abused by the Irish, who returned and forgave them -- as a great example for sex abuse victims to follow.

Ireland’s government has clashed with the church over payments to sexual abuse victims. In 2002, the church agreed to pay a fixed sum, but a few years ago church leaders refused to pay more at the request of the government, saying that the money was earmarked for health care for its aging nuns and priests.

Flynn accepted the Irish church's position on this issue, explaining that denying benefits to church leaders would just create another wrong. But what he would not accept, Flynn said, is a continuing lack of accountability. The church asks for forgiveness for things it won't even admit it did it, he said.

His concern, he said, is that Vaticanism — the doctrine of absolute papal supremacy — has already corrupted the church’s original mission and created an empire. And like the empires before it, he predicts that the Catholic Church will fall into ruins.