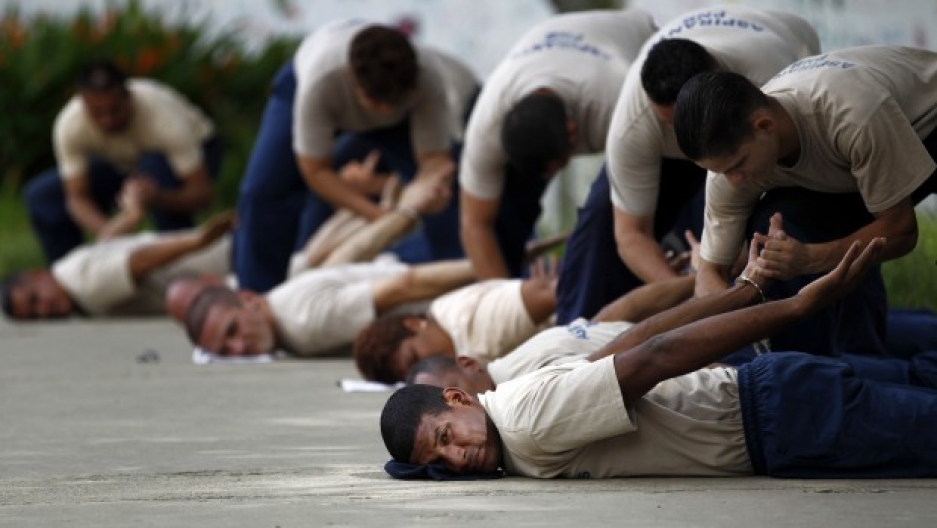 Police cadets handcuff classmates during training at the National Bolivarian Police (PNB) University in Caracas August 26, 2010. Beset by one of the world's highest murder rates, Venezuela has set a two-year deadline to clean up its police forces, an official said Thursday, as the opposition attacked President Hugo Chavez's record on crime before a legislative election. REUTERS/Jorge Silva (VENEZUELA - Tags: POLITICS CRIME LAW) - RTR2HL0E

Share
One of the big issues in Venezuela's presidential election campaign is rising crime. The murder rate in Venezuela has risen sharply recently. Anchor Marco Werman finds out more from Jeremy McDermott of InSightCrime, a group that studies organized crime in the Americas.