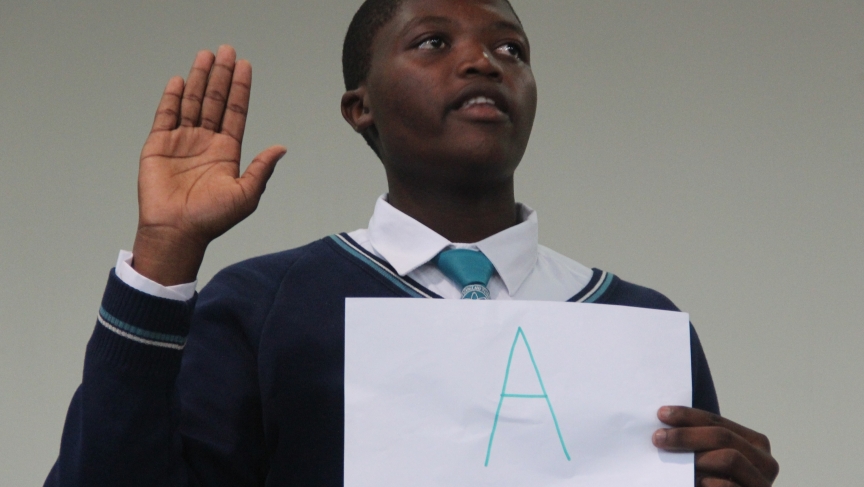 Last month, a seventeen year-old South African girl named Anene Booysen was brutally raped, mutilated, and murdered near Cape Town. (She was not a COSAT student.) The nature of her attack was especially grotesque, but the crime itself – sexual assault – is appallingly common in South Africa. Local newspapers are regularly filled with stories about women and children being raped, particularly in rural and low-income urban areas.

In India, a similar incident led to mass uprisings. In South Africa, the response has been tamer. President Jacob Zuma (who was acquitted of rape charges in 2006) condemned Booysen’s perpetrators and called for the harshest possible punishment. Stores in Cape Town displayed signs that read “Stop Rape” and “End sexual violence.” But the response has been nothing like the one in India.

In part because of this national apathy – which has persisted for years – the South African government called for a day of awareness earlier this month. It asked high schools to hold a special assembly, to draw attention to sexual violence and to move toward ending it.

At COSAT, the ceremony was powerful. The student council put on a short play that left everyone silent. A dozen students pledged never to perpetrate sexual violence, nor tolerate it in their community. A twelfth-grade girl encouraged any students who have been victimized – or are currently being victimized – to seek help.

But not every student appreciated the ceremony. Several boys later told me they felt like they were being accused of a crime. They said South African men – particularly black men – are often painted with a broad brush.

“We’re not rapists,” one of them said. “I wish everyone would stop suggesting that we are.”

Despite the range of reactions, one thing at the ceremony was clear: students take sexual violence seriously. That could be because, as the statistics suggest, many students here are being affected.

It’s a dark and complicated issue that I’m planning to explore – with great care – later in this series.