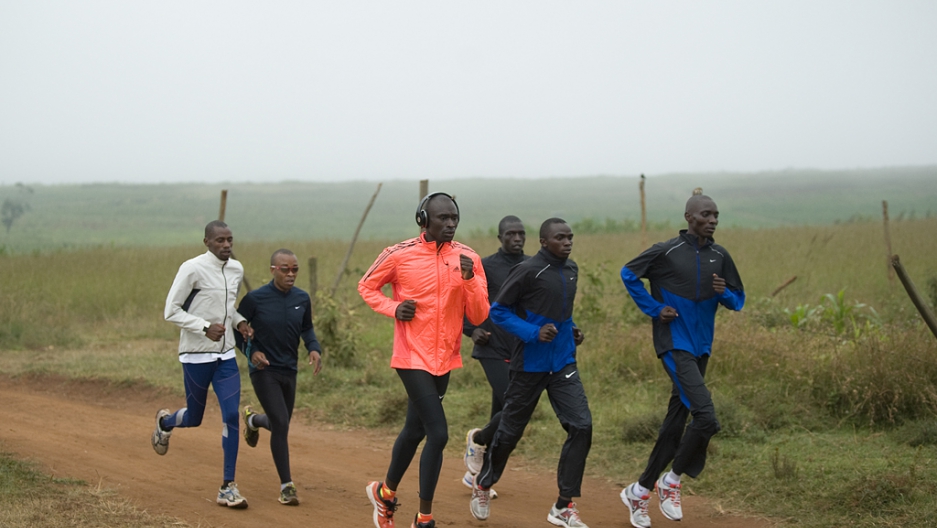 Biwott won last year’s Nairobi marathon with a time of 2:26:41, a full 10 minutes faster than her previous personal best.

“During the sanction period they will not be allowed to participate in any track and field, including road races, both locally and internationally,” said Athletics Kenya secretary general David Okeyo.

With its reputation for world-class runners on the line, Kenya is stepping up efforts to clear a huge hurdle that's popped up in competitive sports around the world: athletes' illicit use of performance-enhancing drugs.

In a first for Kenya, Loyanae Erupe, who won the 2012 Seoul marathon in a course-record-breaking time of 2:05:06, tested positive for the hormone EPO, which increases endurance by stimulating blood cell production.

More from GlobalPost: A visit to the Kenyan town that produces the world's best runners

"Loyanae is a top marathoner who is in the top 30, but we will not spare anyone," Okeyo said as he announced the bans last month.

Allegations of widespread doping in Kenyan athletics first surfaced last year. While Athletics Kenya initially dismissed the reports as a slur on the national team as it headed for London’s Olympic Games, it has since taken them more seriously.

Athletics Kenya has since suspended athletes for failing tests, while the International Association of Athletics Federations (IAAF) is sufficiently concerned that it plans to establish a blood-testing lab in Kenya for the first time.

“There is an ongoing project examining the feasibility of establishing a permanent hematological testing facility in Kenya,” an IAAF spokesman told GlobalPost. “The timeline for such a facility to open would be six months to the end of this year.”

In January, an anti-doping team from the IAAF traveled to Kenya’s Rift Valley, where the high altitude, clean air and steep hills make it an ideal training base for runners from around the world, including British-Somali Olympic gold medalist Mo Farah and a host of Kenyan champions.

Kisorio told investigative journalist Hajo Seppelt that after coming in 10th in last year’s Boston marathon a doctor offered to give him an injection “to get my power of endurance up.” The doctor — who Kisorio declined to name — said the substance would only be in the blood for a few days and could not be traced.

“I went with it because everyone told me I wasn’t the only one,” Kisorio alleged.

He said the payback would come later: “When the prize money comes in the doctors want a piece of your success.”

Moses Kiptanui, a respected athlete and the first man to run the 3,000 meter steeplechase in less than eight minutes, has added his voice to warnings that doping is a serious problem in Kenya.

"The information shows that there are a good number of athletes out there who are using drugs,” he said in a recent BBC interview.

Kiptanui said it was the young and hungry runners who were most likely to use banned substances to get ahead in a poor country where running success is seen as a fast track to fame and wealth.

“They want to get money by all means. Either by a genuine way or another way,” he said.