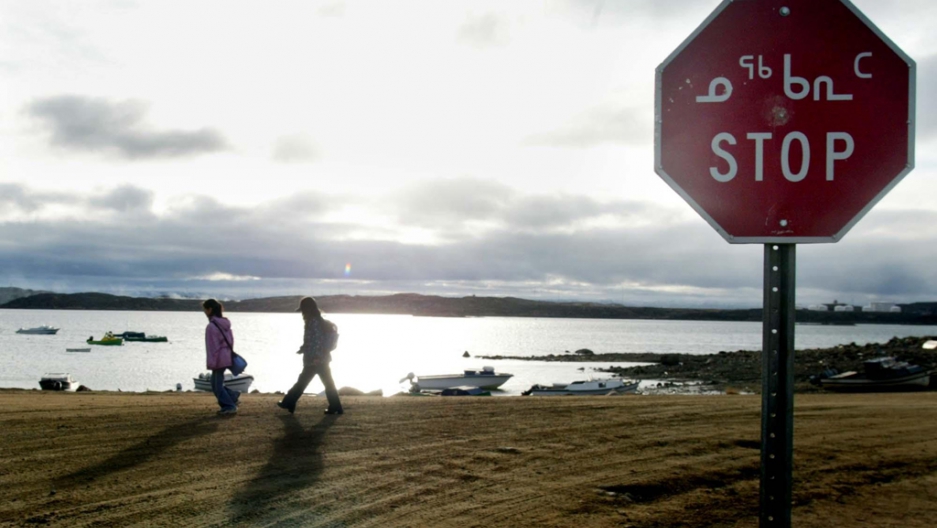 MONTREAL, Canada — When Prince Harry recently bought a pair of fur boots for his latest squeeze, tabloids and gossip sites joked that he’d wanted to make sure she didn’t get “cold feet.”

In literal terms, at least, Sean McCormick, who grew up wearing the traditional mukluk boots to school, can attest to their warmth.

It’s been a decade and a half since McCormick, a member of the Canadian Metis aboriginal group, set up Manitobah Mukluks, sparking a global fashion craze, with fans like Kate Moss and Paris Hilton.

It all started from a trading post, where he sold fur and leather to native women who would make the boots. Today, he employs about 100 people at his Winnipeg production site.

McCormick is considered one of Canada’s leading aboriginal entrepreneurs. At a time when Idle No More, a Canadian indigenous rights movement featuring protests, campaigns and hunger strikes, has drawn attention to the socio-economic hardships suffered by native peoples, a quieter phenomenon of rising aboriginal entrepreneurship has been taking hold.

“It’s exponential,” said JP Gladu, president of the Toronto-based Canadian Council for Aboriginal Business. “Native people are participating in the economy in a bigger way,” he said.

It’s a trend illustrated by the 2006 census, the most recent figures available, which pegs the growth rate for aboriginal entrepreneurship at five times that of Canadians overall. Today, there are more than 37,000 aboriginal business owners, an 85 percent increase from the 1996 census.

These figures fly in the face of common narratives about Canada’s native population, as a dysfunctional people plagued with chronic unemployment, substance abuse issues and high suicide rates — facts of life in many of the country’s isolated reserves.

“Entrepreneurship is a vehicle that can move communities from that to a place of health and prosperity,” said Gladu.

Education and technology have played a part in opening up opportunities. But a major driver has been the rise in land rights claims.

As the commodities boom continues apace, companies are finding they have to negotiate access to public land that would traditionally have been considered native territory. In some cases, native groups have taken their battle to the courts, winning land and compensation.

The Osoyoos Indian Band in British Columbia is a striking example of a native community taking charge of its destiny. In 1998, it won $12 million in land claims, using the money, combined with outside investments, to open an award-winning winery, a golf course, a hotel, an RV park and a construction company. Profits have been reinvested in the community, to build a school, a health center and other services.

It’s a major step for a community that used to cross the US border to Washington state to eke out a living in the orchards.

Chief Clarence Louie acknowledges that the tribe’s location, in British Columbia’s sunny grape-growing region, played in its favor. "Most of it is location. A lot of reserves are fly-in communities. You can only get there by ice roads. They’re hampered by location,” he said.

In Louie’s view, self-reliance among Canada’s native groups is the way forward.

“There are a handful of First Nations [native groups] in every province doing what we’re doing, breaking away, becoming more independent because they’re participating in the economy,” he said. “Canada’s natives need business focus. They need to start making the economy their No. 1 issue, the same as white people.”

Idle No More has created a lot of awareness about native issues, says Louie. But real change will only come when reserves become more autonomous.

In many cases, federally funded band councils — the governing bodies on reserves — are the main source of work, with most residents caught in the welfare trap. The government, he says, needs to invest more in economic development measures that encourage entrepreneurship rather than social spending that keeps native communities locked into cycles of dependency.

More from GlobalPost: Can a Canadian save the Catholic Church?

For Shain Jackson, owner of Spirit Works, doing business is about keeping native culture alive. A member of the Coast Salish nation, he launched the wooden crafts company after five years practicing as a land claims lawyer, representing native groups.

“Going into the aboriginal art world wasn’t something I fell into. Aboriginal art is the No. 1 means of how we’re going to reinvigorate and recapture our cultures,” he said.

“There are a lot more native entrepreneurs around, certainly a lot more than I noticed when I was younger,” he said. “From my point of view, I hope it’s related to something that’s sustainable and promotes our world view, as opposed to people taking advantage of the extraction of their own land and culture.”

It’s a sentiment that McCormick shares. He’s still in touch with the women who made the mukluks he would sell back in the old days. Today, as well as his commercial line, he is still selling their hand-made boots, with 100 percent of the proceeds going directly back into their pockets.

“I borrowed these designs we make commercially. Now I want to be part of the solution and give people the money they deserve for them,” he said.

The company is now launching a program aimed at teaching old-fashioned mukluk-making to younger generations in remote northern communities, as well as providing stipends for young people to further their education.

“When I was growing up, entrepreneurship just wasn’t on my radar,” he said. “A lot of kids out there have the perfect skillset and mentality for business, but the attitude is: It’s not for us, it’s for someone else.

“My take on it is that our communities across Canada are over-represented in all kinds of social problems … We need more feel-good factor in these communities, without shying away from the real issues.”