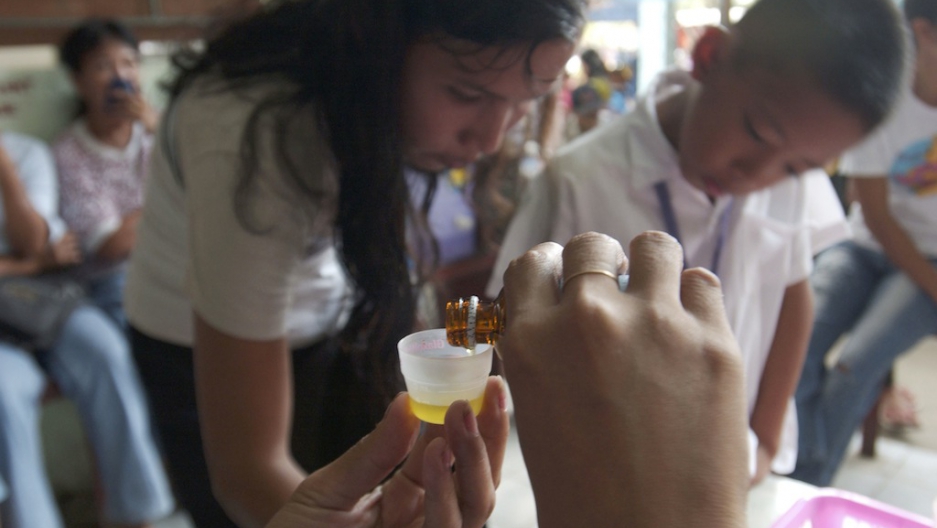 Drug-resistant tuberculosis is a growing concern for the World Health Organization (WHO) and the Global Fund to Fight AIDS, TB and Malaria, who issued a joint statement today calling for additional funding to combat the deadly infectious disease. “We are treading water at a time when we desperately need to scale up our response to [multi-drug resistant TB],” said Dr. Margaret Chan, WHO’s director-general, in a press release.

While health officials did not single out the devastating impact of the disease on children, just last week, Médecins Sans Frontières (MSF) reported that its doctors in Tajikistan are treating the youngest patient they have ever diagnosed with multi-drug resistant tuberculosis, a 9-month old little girl.

Multi-drug resistant TB is resistant to at least the two leading anti-TB drugs. But for many young children around the world, even drug-susceptible tuberculosis remains an underdiagnosed and undertreated disease.

WHO estimates that at least 500,000 children contract TB each year and that 70,000 die from the disease, largely in Asia and Africa.

TB experts widely agree that these numbers do not tell the whole story.

“It’s a terrible underestimation,” said Jeffrey Starke, professor of pediatrics at Baylor College of Medicine in Texas. “Kids under two are at the highest risk of developing the disease.”

Childhood TB is difficult to address because it often goes undetected. “In children, the disease is different,” said Mercedes Becerra, associate professor of the Department of Global Health and Social Medicine at Harvard Medical School. “It doesn’t necessarily have the same burden in the lungs as the adults.” Current methods to detect TB rely on testing sputum samples and may work for adults, but children can’t cough up enough sputum, or if they can, the samples may not confirm the presence of TB bacteria.

In up to one-third of children, TB can affect different parts of the body, such as the lymph nodes or bones. And if untreated, TB develops faster and more aggressively in children than in adults. Outcomes can be even worse for children with drug-resistant TB.

The challenges to identifying children with TB are compounded because guidelines for finding and treating childhood TB have not been widely implemented in countries where TB is most prevalent, Starke said.

For decades, the WHO has urged health workers to screen children with ill family members, but this hasn’t yet been carried out routinely. Starke said that the failings are due to a host of reasons, including limited resources and the fact that treating TB has historically been seen as separate from other child health care.

According to a study published last year in The Lancet, pneumonia is the leading cause of death from infectious diseases for children under the age of five. But it’s unclear what percentage of those deaths actually results from misdiagnosed childhood TB. Starke said that he has “no doubt” that childhood TB is one of the major causes of mortality in Africa and Southeast Asia.

Efforts are underway to find and treat more children. Last year, WHO called greater attention to childhood TB, naming it a “hidden pandemic” and launching a campaign “Towards Zero TB Deaths in Children.”

Starke is on the writing committee for a new “roadmap” for childhood TB – a collaboration between WHO, UNICEF and others, to identify what TB programs need to do. (He expects the report to be published this fall.)

Other researchers, including Becerra, are bringing together the TB community to tackle drug-resistant TB in children. Through the Sentinel Project on Pediatric Drug Resistant Tuberculosis at Harvard Medical School, where she is co-founder and co-coordinator, Becerra is collaborating with 140 experts around the world to count and treat probable cases of TB.

“Children get better, faster, and they have less side effects from treatment,” Becerra said. “They don’t have to die from this disease. You can treat them.”