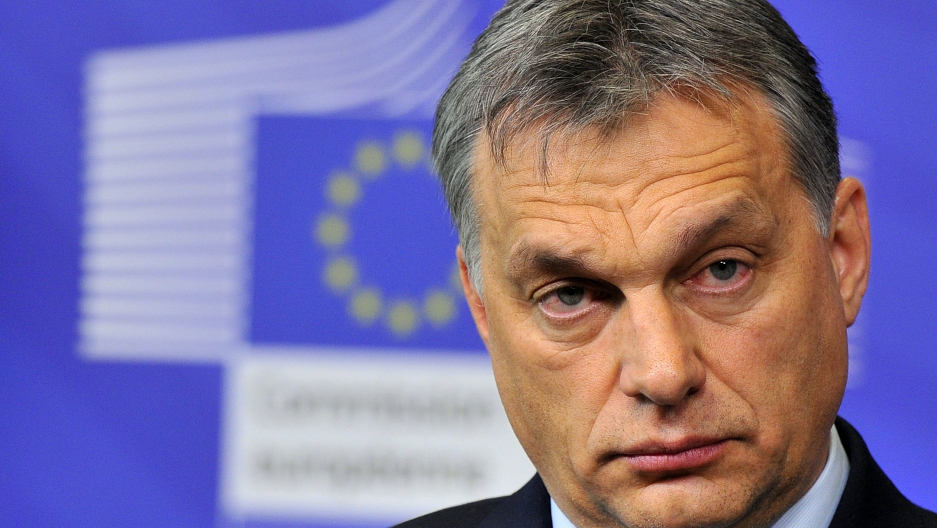 LONDON, UK — Hungarian democracy has seen darker days: Memories of the brutal Soviet repression are still very much present, particularly from 1956, when tanks roared through Budapest’s streets to put down an anti-communist uprising.

Although the country’s latest political upheavals have come about peacefully, however, critics of the right-wing government say it’s staging another assault on democracy with a drive to change the constitution that’s provoking anger in the European Union and riding roughshod over the economy.

You’d be forgiven for failing to know that. With the euro zone in near-constant peril and senior EU partners such as Britain threatening to undermine the union, events in Budapest have been overshadowed.

Now thanks to some political manoeuvres that would raise even Machiavelli's eyebrows, however, Hungary’s grim financial situation appears to be getting much worse. Apparently unwilling to face reality, Hungary's leaders have been accused of burning their last bridges to economic recovery.

Like many European countries, Hungary was left reeling by the global financial crisis in 2008. Its currency, the forint, plummeted before the Socialist government was forced down the now well-trodden path of cutting public sector spending, levying tax increases and seeking international handouts.

Disillusioned voters threw out the Socialists in 2010. In their place, with a formidable two-thirds parliamentary majority, came the conservative Fidesz party headed by charismatic Prime Minister Viktor Orban.

However, his bold promises of one million new jobs and sustainable investment has failed to materialize. Instead, the situation deteriorated to such a level that ratings agencies Moody's and S&P downgraded Hungary's debt to junk category last year.

Unnerved investors began shunning government bond auctions. The country is now in its second recession since 2008.

None of that has dented Orban's confidence. Buoyed by his party's substantial majority, the charismatic leader has enacted scores of new laws apparently aimed at strengthening his populist appeal.

He pushed through parliament a series of measures that concentrated political power, weakened checks and balances and restricted media freedoms as well as those of religious groups and minorities.

The autocratic tone of his policymaking earned him the nickname "Viktator" and accusations he is attempting to transform Hungary into a personal fiefdom. Some have branded the country "Orbanistan."

Orban lashed out at what he calls an "international leftist conspiracy" against his party last year. Nevertheless, he conceded ground to his critics by redrafting laws on the media and courts to placate the International Monetary Fund and the European Union, which Hungary joined in 2004 and had threatened sanctions.

All that changed this week. Calling time on compromise, Orban bypassed Hungary’s constitutional court to push through new constitutional amendments that would effectively blast a gaping hole through the country’s nascent democratic principles.

Those measures, Orban’s fourth overhaul of Hungary’s constitution since 2010, include provisions that redefine the notion of family to exclude gay or childless couples, enable local authorities to penalize the homeless, restrict political advertising in election campaigns and force state-funded university students to work in Hungary after they graduate.

After the constitutional court initially rejected them, Orban used his hefty majority to strongarm the amendments into legislation. They were approved by parliament and undersigned by the president this week.

Observers warn that Orban has not only spooked foreign investors by trampling over the rule of law, but also destroyed hope future governments may be able to restore political and economic equilibriums.

“There are now no checks and balances against the two-thirds majority that Fidesz has,” Peter Kreko, director of the Political Capital Institute, said in an interview.

Kreko points out that by using his majority to enact laws with brazen disregard for Hungary’s constitutional court, Orban has effectively proven his ability to push through any laws he chooses: Power is now concentrated in his hands.

“If he wants to change the official language of Hungary to Swedish, he can and nothing can be done to stop him.”

Orban’s measures have put him on another collision course with the European Union, whose policies on human rights he’s accused of violating. Amid concerns that the union’s fabric is under threat and calls for sanctions, the European Commission this week said it would review the situation.

“We will use all instruments in our competence to address this issue,” EC President Jose Manuel Barroso said.

The EU’s justice commissioner, Viviane Reding, was more forthright, warning of economic repercussions. She said the EU could cut payments to Hungary or place restrictions on its voting rights. “You don’t play around with the constitution,” she said.

Orban meanwhile defended his measures as vital steps necessary for shoring up Hungary from foreign interference and eliminates the last vestiges of communism. He rejected claims on Thursday that the changes were undemocratic and violated European Union rules on human rights.

"Who is able to present even one single point of evidence — facts, may I say — that could be the basis for any argument that what we are doing is against democracy?" he told reporters ahead of an EU summit in Brussels.

He brushed off concerns that Hungary would suffer economic consequences or become isolated from other EU members.

“You are not guests of an isolated nation today,” he told reporters at a news conference in Brussels ahead of an EU summit this week. “We don’t have a feeling that we are victims… I am absolutely optimistic about the Hungarian economy.”

More from GlobalPost: Can a transatlantic trade deal help save the global economy?

Many others who don’t share his optimism say even if Orban fails to be re-elected in 2014, subsequent governments won’t be able to undo his work.

His redrafted constitution would force lawmakers to cede even some basic budgetary controls. If Hungary’s economy continues to slide, they would be virtually powerless to arrest its descent.