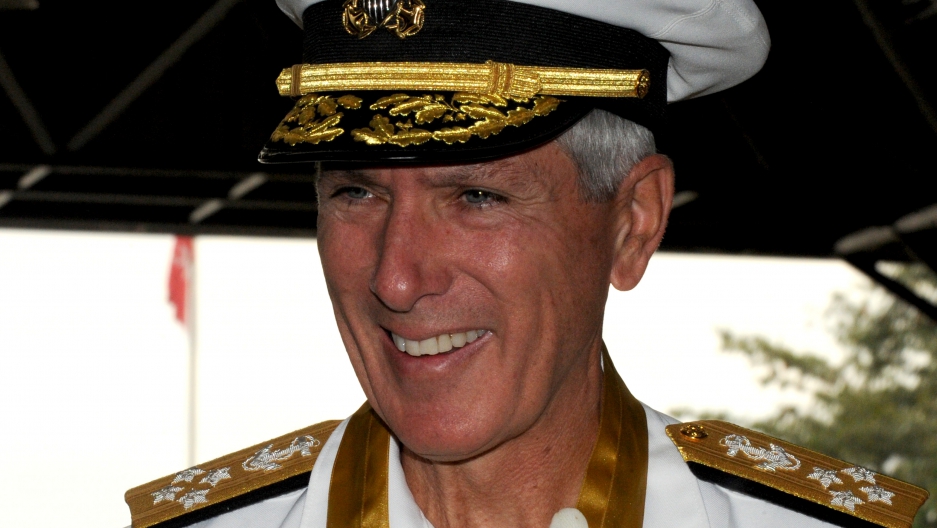 US Pacific Command Commander Admiral Samuel J Locklear III looks on after receiving arrival honours at the Philippine military headquarters where he is attending an annual meeting of the two countries.
Credit: Jay Directo
Share

A US Navy Admiral said Wednesday that climate change was the greatest threat to the Pacific region in the long-term.

Navy Admiral Samuel J. Locklear III said in an interview with the Boston Globe Friday that the upheaval caused by global warming will harm US security in the region.

“People are surprised sometimes. You have the real potential here in the not-too-distant future of nations displaced by rising sea level," said Locklear, reported the Boston Globe.

More from GlobalPost: Canada's north greening as world gets warmer

"Certainly weather patterns are more severe than they have been in the past. We are on super typhoon 27 or 28 this year in the Western Pacific. The average is about 17.”

“The ice is melting and sea is getting higher,” Locklear went on to say, “I’m into the consequence management side of it. I’m not a scientist, but the island of Tarawa in Kiribati, they’re contemplating moving their entire population to another country because [it] is not going to exist anymore.”

Locklear is responsible for US military operations from the Pacific Ocean to India.

He said that the US and Pacific nations will do major exercises in the coming months to confront the uncertainties of climate change - likely major humanitarian assistance programs.

He was also in charge of maritime military efforts in NATO’s war against Libya in 2011.