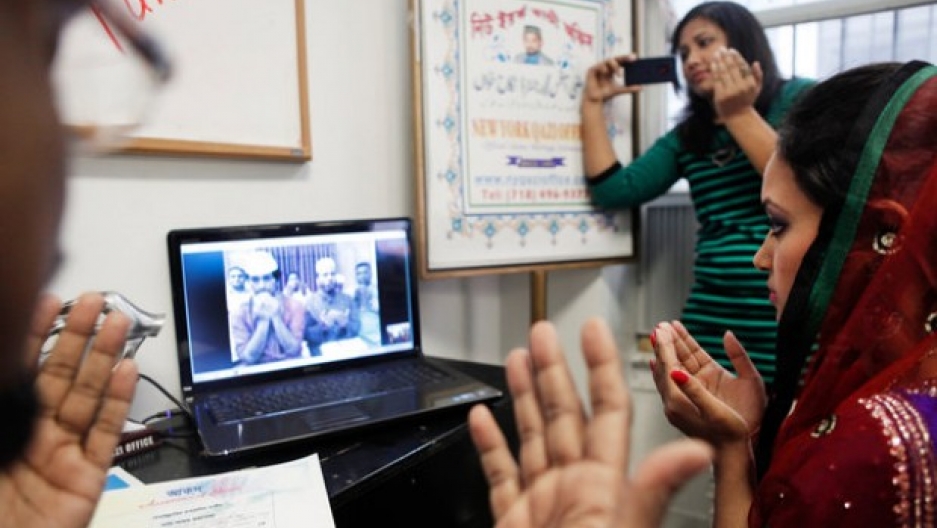 But for some reason, more and more couples are tying the knot via the Internet with partners who happen to be on opposite sides of the globe on the big day.

The idea of proxy marriage isn't all that new, though. It goes back at least to the 18th century when a certain Archduchess in Austria got hitched to a future king of France. The couple hadn't yet met face to face.

So, name this Austrian Archduchess who became the Queen of France, and who eventually lost her head.

The answer is Marie Antoinette who wed the future Louis XVI by proxy back in the 18th century.

Nowadays a growing number of couples especially in immigrant communities are getting hitched over the internet. New York Times reporter Sarah Maslin Nir writes about a recent online proxy marriage she attended in her story You May Now Kiss The Computer Screen.