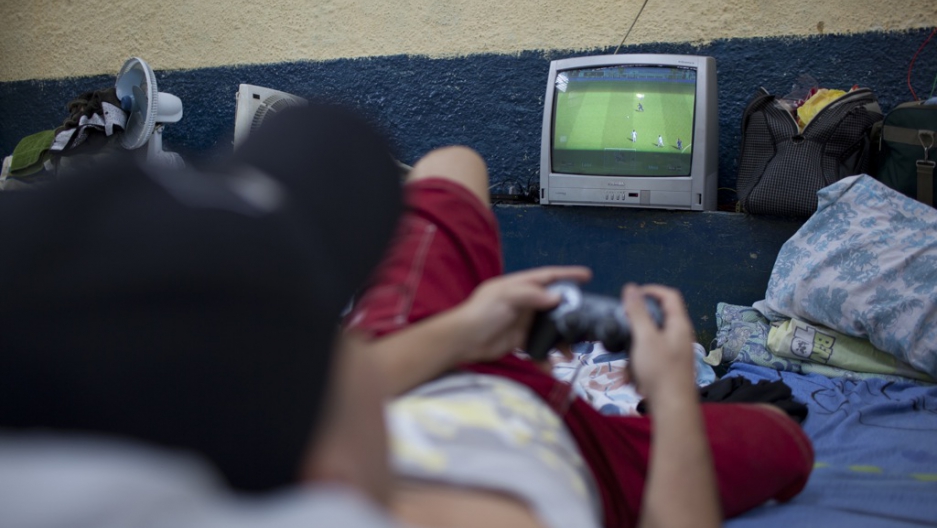 Mario meets modern-day militants in a new Jihadi-made video game that looks like a throwback to the popular video games of the early '90s, according to Foreign Policy, claiming that "Muslim Mali" is gaining popularity online.

"If you thought 8-bit video games were only fodder for nostalgic Gen X'ers -- think again," wrote Foreign Policy's John Hudson in a walk-through of the game.

As its name suggests, "Muslim Mali" is not exactly mass-marketing material. Gamers are addressed as "Muslim Brother" after hitting play and told to "go ahead and repel the French invasion against Muslim Mali," said Hudson.

You can play the game yourself here, but Hudson said it was super-easy. He particularly liked one special feature, though -- a black button on the corner of the game that read: "There is no God but God. And Mohammad is his messenger." Once you click on the box, "it sends a pulverizing black laser of death at the enemy," reported Hudson, unable to resist adding: "Spooky, huh?"

It's tempting to trivialize such efforts -- Forbes openly mocked it with the headline "Al Qaeda's Goofy Video Game Provokes Laughter, Not Terror" -- but these are important recruiting tools for militant activity among youth worldwide.

After all, the formative effects of video games have been roundly noted by parents, researchers, educators -- and now, by militants. Is that funny? Really? Not if you think about it.