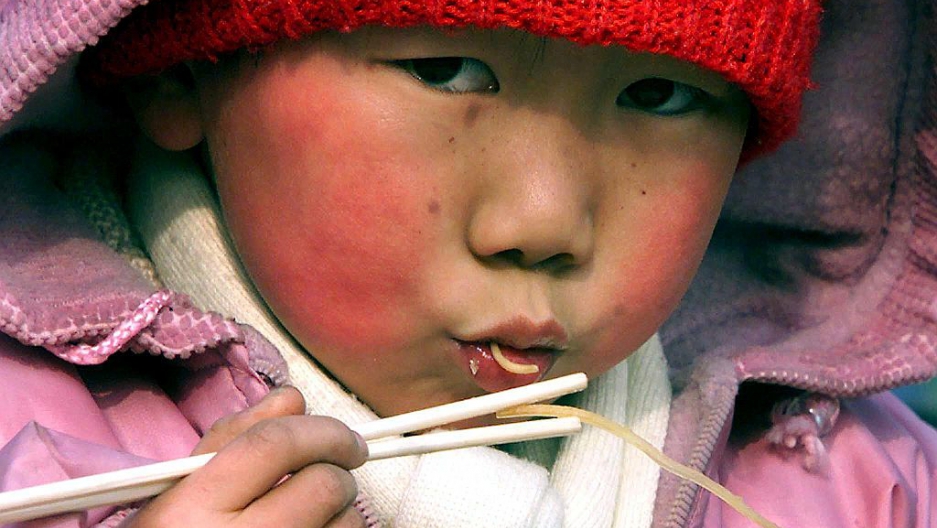 At the risk of sounding a bit alarmist, there is a war being waged on the disposable chopstick.

Ok — we concede that we here at GlobalPost may have a flare for hyperbole, but honestly when you start doing the math, the environmental consequences associated with the production of the disposable utensil begin to look more and more menacing.

Let's begin with China's 1.3 billion people. In one year, they go through roughly 45 billion pairs of the throwaway utensils. That averages out to nearly 130 million pairs of chopsticks a day, according to the LA Times.

Greenpeace China has estimated that to keep up with this demand, 100 acres of trees need to be felled every 24 hours. To put that into perspective, that translates to roughly 100 American football fields full of trees being sacrificed every day.

To make matters worse, the trees that are being chopped have by in large been of the birch and poplar variety — rather than a more readily renewable resource like bamboo, which is apparently prohibitively expensive.

As a result, severe deforestation has become one of China's gravest environmental problems — an issue that has in turn led to increased soil erosion, famine, flooding, carbon dioxide release, desertification and species extinction.

In response to the dire environmental state of Chinese forests, Bo Guangxin, the chairman of Jilin Forestry Industry Group, stated, "We must change our consumption habits and encourage people to carry their own tableware."

Carry their own tableware? Really?

Yeesh. You know it's a sad state of affairs when pocket-sticks are the most feasible option.

And granted, we're not saying that stashing a pair of chopsticks in your purse or back pocket is a huge inconvenience — especially in light of the on-the-go mentality that has permeated so many modern cultures.

No, we take that back. That is precisely what we are saying. Having to carry your own silverware sounds like a outrageous nuisance. Outrageous.

But at this point, what is the alternative?

Despite ten years of desperate pleas from environmental groups to abandon use-and-toss chopsticks, disposable chopstick use is still on the rise.

According to AFP, China's demand for disposable chopsticks has increased by nearly 30 billion in the past few years.

That ain't no drop in the bucket.

In any case, judging by the timeline of events thus far, if the disposable chopstick is on the way out, you can be sure that its death will be a slow one.

In the meantime, it would seem that carrying our own eating utensils may be the best option that we have to save the planet — so perhaps it's time we embrace the art of BYOC (Bring Your Own Chopsticks), as best illustrated by a one Mr. Joey Tribbiani: