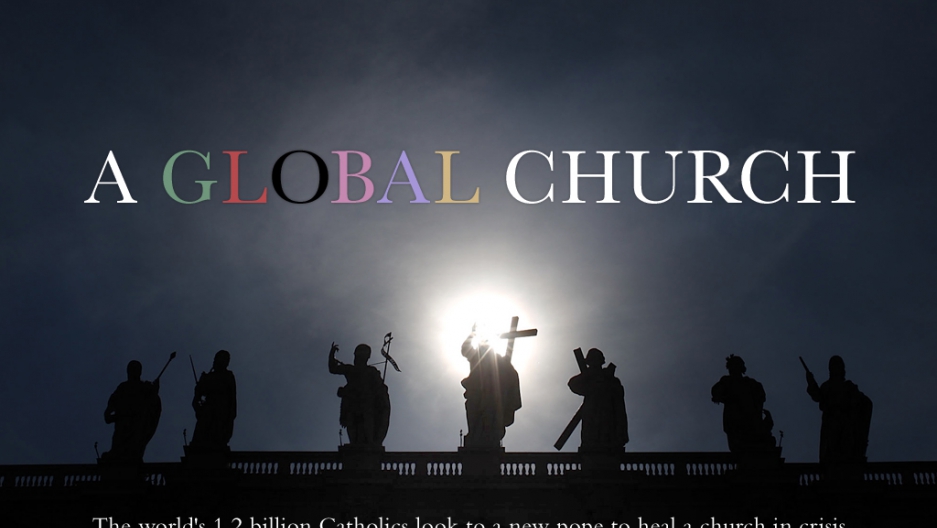 ROME — As the cardinals enter the Sistine Chapel Tuesday afternoon for the opening round of votes in the papal conclave, news coverage has framed two issues confronting the next pope: cleaning up a scandal-ridden Roman Curia, and forging durable reforms to halt the clergy sex abuse crisis.

But the reality of the global church is much larger than concerns bearing down on Princes of the Church, or social forces driving polarization of the church in Western countries, such as the priest shortage, celibacy, women’s ordination and gay rights.

Tougher issues loom in large swaths of Africa, Asia and Latin America, southern nations where 70 percent of the world’s Catholics live. A huge demographic shift since 1900 has seen the Catholic population in the Western democracies fall from 70 percent to less than a third of the global church.

In many countries where the church is surging, at least numerically, survival is a core concern: access to clean water, passable roads, health care, education and safety for women and children.

Faith is a rudder of hope in many of the world’s broken places, where poverty and conflict mean the church is often the only functioning institution apart from the military. Situations like that can put bishops, by default, into opposition status with the military.

Caritas Internationalis, under Vatican auspices, is a global confederation of 165 Catholic organizations focused on development and rapid response to emergencies. In 2010, Caritas raised 2.2 billion euro and spent 1.2 billion on emergency relief, the rest on development projects. Caritas raises money on a rolling basis when regions collapse.

A February appeal for $635,000 was a response to a plea from the ten bishops of Central African Republic in a horrific civil war, who wrote, “People in these areas are hostage. They live in fear, they flee into the bush and they abandon their fields. The sick are without care, hospitals are closed or have been completely destroyed and schools have been pillaged.

Comboni Missionary Sister Fernanda Cristinelli, 51, left her native Italy for a life of gospel witness across two decades in East Africa. In northern Uganda, the missionaries had six houses where three to four sisters lived among the Karamojong, a semi-nomadic warrior people with a deep history of cattle rustling.

“Women and children going to pick firewood paid the price of retaliatory raids,” she said in a quiet hotel lobby in Rome. Dealing with people whose traditional religions made them resistant to Catholicism “was a challenge — you have to confront your faith.

The Comboni sisters ran schools and hospitals under two Ugandan dioceses. Cristinelli spent a decade teaching illiterate women to read “in Christian homes, basing their work around the gospel,” she explained. “Village warfare over cattle rustling, continuous revenge, was a spiral we tried to break.”

Results of conflict-resolution strategies — in which she later did graduate work in England — were incremental. But “women who hated each other did learn to change. Their families gave up revenge by women saying they want their children not to hear gunfire. Songs, dramas, stories created a fabric of cultural resistance….We planted those seeds by creating spaces for women.”

Cristinelli then spent eight years in Nairobi. The church, which began there about 1900, was a vibrant if minority presence. She taught young women who joined the Comboni. Less than half became sisters. For an Italian order with 1400 women, of whom 400 are under age 50, the Comboni Missionaries (who also have a separate section of men) show accelerated growth compared to many American communities of graying sisters and few young women.

“The Catholic Church plays an important role in helping Kenya find a unifying thread," she continued. "It takes a long time for a country to journey into cohesion. Look at my society. Italy has lots of forces that want to pull us apart — a different language of instability than ‘ethnic.’”

Her major work today is in helping young women in Italy escape forced prostitution, having come primarily from Romania and Nigeria. Italy has 150 convents sheltering women who fled the sex trade.

The Rome-based International Network of Consecrated Life Against Trafficking in Persons has 21 networks in 82 nations with some 600 sisters working to counter act human trafficking.

Between 21 and 27 million people are enslaved across the globe, according to Loyola University of New Orleans Professor Laura Murphy, the author of Metaphor and the Slave Trade.

“The majority are in India and Africa, but people who are made vulnerable by poverty and inequality around the world are at risk of accepting offers of employment that are too often exploitative,” said Murphy. “Slavery is illegal in every country and practiced in every country.”

Catholic Charities USA has a $2.5 million budget devoted to human trafficking. Murphy considers it “one of the most important organizations in working with people who have escaped, proving survivors with services they need to work through the trauma of enslavement and find productive lives in freedom.

As the Catholic Church becomes more deeply rooted in countries with major issues of poverty, the next pope will invariably confront issues of inequality as globalization cuts a deeper chasm between wealth and poverty.

India, for example, has 1.24 billion people. Catholics in India account for only 1.6 percent of the population, or 17 million people; but the church is growing at a faster rate than the population, and by 2050 could reach 30 million Catholics, according to The Future Church by John L. Allen, Jr.

For all of its expanding class of hi-tech workers, India has 300 million mired in poverty — 25 percent of its population. For her work with the poor in Calcutta. Mother Teresa was the second private citizen to receive a state funeral, in 1997, after Mahatma Gandhi in 1948. A disproportionate number of Catholics are from the Dalit caste, know as the untouchables. Allen reports that “between 60 and 75 percent of Indian Catholics are untouchables, who often see Christianity as a means of protesting the caste system and of affiliating with a social network to buffer its affects.”

Six of India’s 156 bishops are Dalits, the lowest caste. Imagine the impact of the first Dalit to become a cardinal.

The buzzword within the Vatican for greater focus on the world’s poor is “evangelization.” Although Benedict XVI spoke eloquently of carrying the gospel to distant corners of the globe, he was not like John Paul a pilgrim pope.

That role will be a litmus test for Father Míceál O’Neill, an Irish Carmelite prior in Rome who was a missionary pastor in Peru in the 1980s.

Whereas Benedict stressed orthodoxy as an overarching theme of his papacy, Father O’Neill hopes for a pope to foster a language that addresses development in a spiritual as well as economic sense. “No pope is going to make major changes in moral teaching but things could change a lot if the pope emphasizes a church that is worldwide and offices in Rome don’t have all the truth,” said O’Neill.

Inculturation — the idea of the Mass absorbing cultural traditions of a given people — as John Paul said, “in its ardor,” has been largely ignored by the Vatican in the last decade. Instead, Vatican-mandated changes to language of the Mass have supplanted “one in being with the Father” with the nearly unpronounceable, “consubstantial with the Father.”

O’Neill sees such changes as extending a pattern of Vatican bureaucratic obsessions that are tone-deaf to the lives of people in the pews.

“The liturgy in Congo was a great example,” he explains, referencing the way dance rhythms fused with sacred music, as in the famous record Missa Luba. “Those rituals bring out truths of the faith. The language of the local church takes the lead from Rome but finds its own way to bring out the gospel in its own history and culture.”

“The idea of a traveling pope, moving and interacting among the peoples of the world," O'Neill said, "is one I would find very positive.”