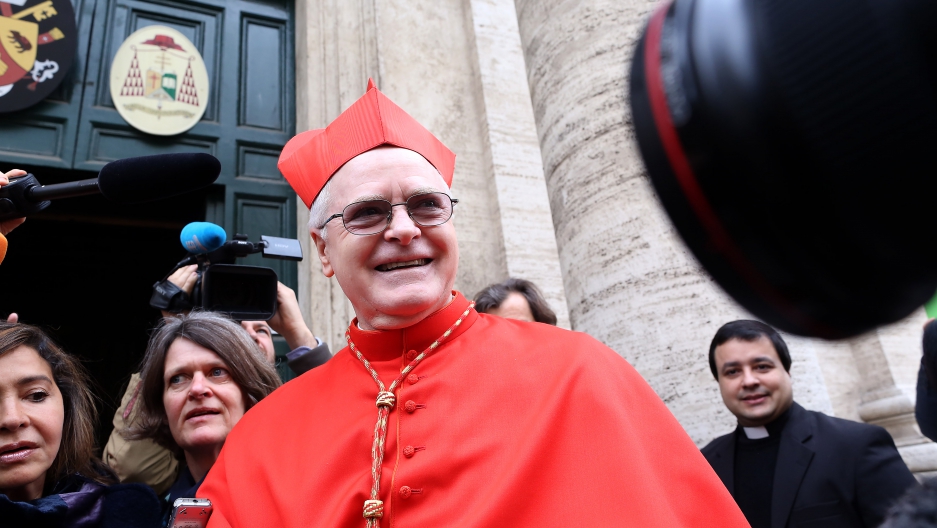 Brazilian cardinal and Sao Paulo archbishop Odilo Pedro Scherer arrives at St. Andrea al Quirinale Church to lead a Sunday service mass on March 10, 2013 in Rome, Italy. Cardinals are set to enter the conclave to elect a successor to Pope Benedict XVI after he became the first pope in 600 years to resign from the role. The conclave is scheduled to start on March 12 inside the Sistine Chapel and will be attended by 115 cardinals as they vote to select the 266th Pope of the Catholic Church.
Credit: Franco Origlia
Share

ROME — The Italian press is suggesting that two candidates who have emerged as frontrunners to become the next pope represent opposing sides of a major rift within the church: an old guard that controls the Vatican against a crop of reformers seeking to confront the church's problems and shift the way the church operates.

Old-guard forces loyal to Dean of College of Cardinals Angelo Sodano, 85, are said to be throwing support to Cardinal Odilo Scherer, the Brazilian of German descent. But Sodano's main rival, current Secretary of State Tarcisio Bertone, is backing Cardinal Angelo Scola of Milan.

Scola, a protege of Pope Benedict XVI, is a conservative theologian said to have a charisma deficiency. Scherer has a more pastoral persona, but a political alliance with Sodano's bloc may keep him from being the game-changer many observers say the balkanized Curia needs.

A bitter standoff between Sodano forces and Bertone has consumed the Curia for the last few years, and this conclave is seen as Sodano's last stand. Many believe the VatiLeaks scandal was a reflection of Sodano loyalists who were upset that Bertone, who had Benedict's support, had little experience as a diplomat and was a poor administrator, making enemies along the way.

The conclave begins Tuesday and the smart money right now says if no decision has been made by the end of Wednesday, that probably signals that either Scherer or Scola has failed to rise — or both men have fallen out of contention.

That would suggest cardinals from various countries are veering away from allowing curial politics to drive the decision, opening the door for a dark horse candidate to rise instead.

Schoenborn is seen as a genuine reformer who has learned to adapt amid declining attendance in Austrian Catholic churches, "with some praising his prudence and pastoral sensitivity, and others calling for more decisive action," Catholic News Service reported.

Italians have floated Americans Cardinal Timothy Dolan of New York and Cardinal Sean O'Malley as compromise candidates with seeming obliviousness to O'Malley's disastrous handling of the Boston archdiocese's finances, or Dolan's decisions in Milwaukee, his posting before New York which is now in bankruptcy owing to lawsuits from abuse survivors.