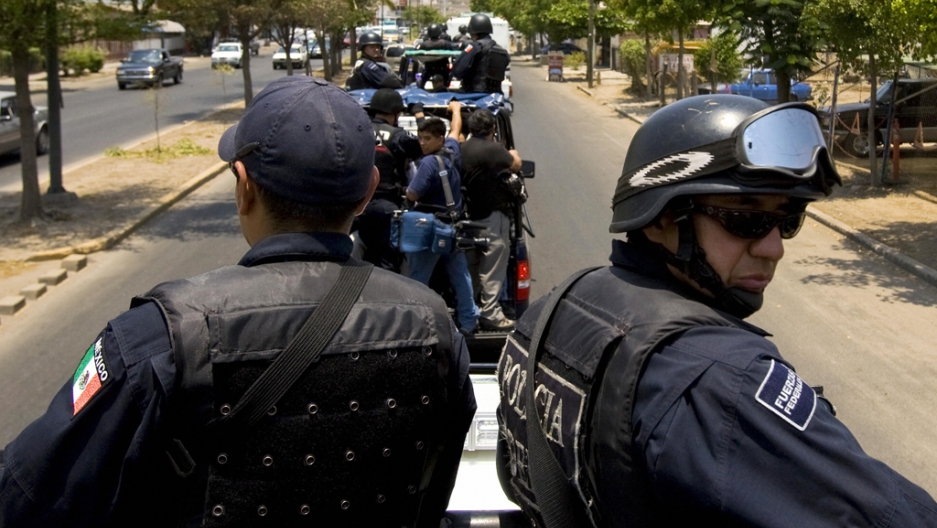 Members of the Mexican Federal Police patrol the city of Culiacan, a northwestern city in Mexico's Sinaloa state, on May 28, 2008. Ever since former president Felipe Calderon deployed thousands of soldiers and federal police to combat organized crime in 2006, the country has been ravaged by violence.
Credit: Omar Torres
Share

GUADALAJARA, Mexico – A newspaper in northern Mexico said Monday it would stop publishing stories about organized crime, citing safety concerns for its reporters and their families, the Associated Press reported.

Zocalo, which is published in Saltillo, the capital of Coahuila state, announced the decision on its website just days after a criminal gang posted dozens of signs and banners across the border state threatening the newspaper group, CNN Mexico reported.

The decision “is based on our responsibility to watch out for the safety and security of over 1,000 workers, their families and our own," the newspaper said.

The AP said it was not the first time a Mexican newspaper had made the same decision “implicitly or explicitly.”

El Manana de Nuevo Laredo, a newspaper in the northeastern state of Tamaulipas, announced last year it would no longer "report on violent incidents" following a number of grenade attacks on its offices, Spanish news agency EFE reported.

More from GlobalPost: Gunmen attack newspaper in northern Mexico for third time in as many days