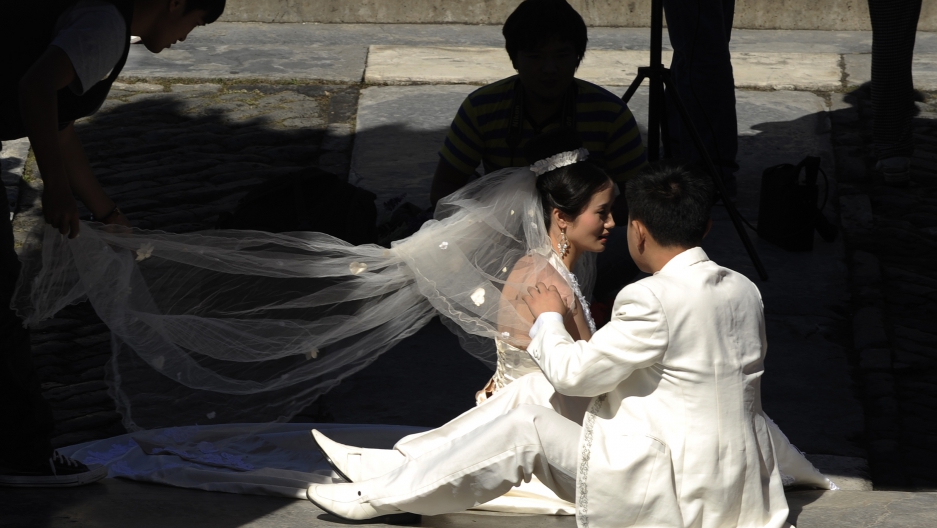 The four men jailed were arranging "ghost marriages," a traditional custom in China in which parents find "spouses" for their unmarried, deceased children so that they can have a family in the afterlife.
Credit: PETER PARKS
Share

Four men in northwest China have been sentenced for digging up the corpses of women and selling them for "ghost marriages" to families whose sons died as bachelors.

The remains of ten "brides" were sold for a total of $38,000, according to court reports, ABC News reported.

Ritual ghost marriages, which is believed to date back to the 17th century BC, is a custom in which parents find "spouses" for their unmarried, deceased children so that they can have a family in the afterlife.

The men's sentences ranged from two years and four months jail to eight months in prison, The Guardian reported.

The tradition is rare in contemporary China, but they are still practised in rural parts of Shaanxi, Shanxi, Henan, Hebei and Guangdong provinces, the newspaper said.

Families often employ a matchmaker to help find a suitable spouse for their deceased loved ones.

Chinese media have reported cases of brokers murdering women and selling their bodies. In 2006, a man from northern Hebei province murdered six women and sold them as "ghost brides."