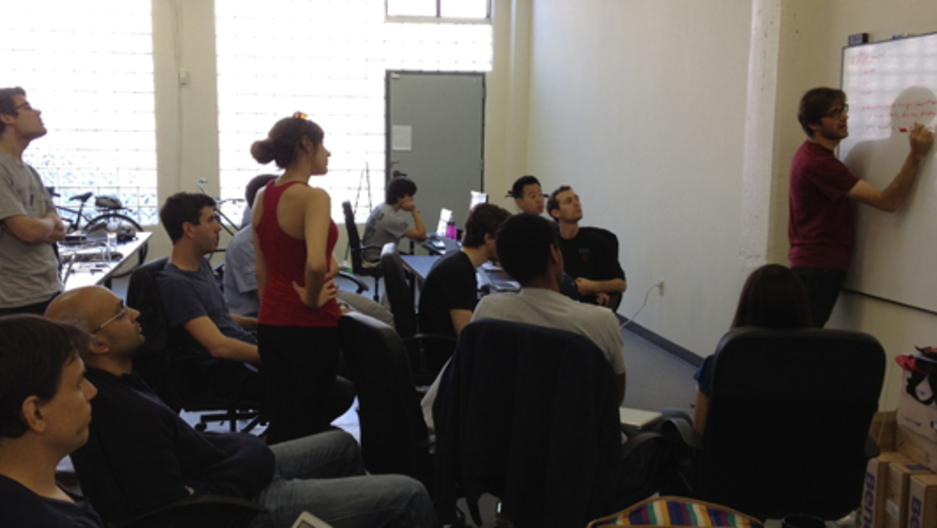 With April nearing, many people in the US are concerned about the tax deadline, but for Kriti Bajaj the month brings a different anxiety—deportation. Bajaj comes from India, but she is not in the US illegally. She is actually a Stanford University graduate in biology. But now, if Bajaj can't find a sponsor for a visa before April 1st, then she must leave the country. Bajaj's only chance to stay here is an H-1B, the US visa for high-skilled foreign labor.

But as Bajaj struggles with her personal immigration problem, the US is attempting to resolve its own. Congress will soon weigh legislation that nearly quadruples the number of H-1B visas offered. Part of the reasoning is that more skilled-worker visas keep America at the top of the tech-food chain. But the proposal is not without controversy, mostly from older US-born programmers who feel displaced by foreign workers. Reporter Sam Harnett has this story.

Kriti Bajaj thought she had figured her life out. She studied biology, graduated from Stanford University, and then moved back to India, her home country, to pursue a Ph.D. After one year, Bajaj realized she had made a big mistake. Academia just wasn't for her.

“There's too many unknowns,” she says. “Nothing was working. I was in this dark little cell in the middle of nowhere.”

One main reason Bajaj chose App Academy is because she can complete its nine-week course before her tourist visa runs out. She hopes to build tech skills through the program fast and then find a company that will sponsor her for an H-1B visa.

But some say if she is employed on an H-1B she will rob a job from an American.

“If she's being hired for an H-1B visa based on nine weeks of programming work, then it's an abuse of the visa,” says Norm Matloff, who teaches computer science at the University of California, Davis.

Matloff claims companies use H-1B visas to replace older, US programmers with younger, cheaper foreigners like Bajaj. “The abuse is widespread across the board,” he says. "Mainstream, household name firms are abusing the program.”

The modern H-1B debuted in 1990 as temporary, three-year-visas for high-skilled workers. The US currently issues 85,000 H-1Bs a year—and companies snap them up fast.

Soon, Congress will debate whether to increase that quota to 300,000. Technology giants like Microsoft support the move, saying the US has a shortage of skilled workers. At a Congressional hearing in 2009, Bill Gates said, “My basic view is that the country should welcome as many of those people as we can get.” He advocated issuing H-1Bs and eliminating any caps.

Gate's stance is a familiar one. Many argue that the US must raise its H-1B quota in order to snag the best and brightest international talent, or else they will innovate in other countries. But a closer examination of H-1B visas reveals a more muddled picture.

Last year, nearly half of the H-1B visas went to companies like Infosys and Wipro, not marquee companies like Google and Microsoft. Companies such as Infosys are the workhorses of Silicon Valley, large IT firms that churn out the industry's unglamorous connective tissue: things like boilerplate coding, user support, and network maintenance.

So, why does the US need to import labor for this lower-skilled work? Matloff says it has to do with wages and immobility. He argues that since employers sponsor H-1Bs visas, foreigners have a limited ability to negotiate higher salaries or switch jobs. If they do manage to change employers, it means they must restart any green card applications. Matloff says these realities “handcuff” H-1B visa holders to their employers.

Ardit Bajraktari, a 32-year-old from Albania, has another phrase for it: indentured servitude. 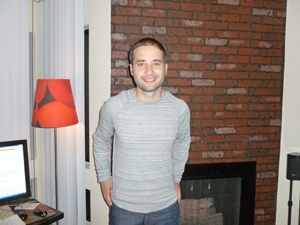 Mobile developer Ardit Bajraktari says working on an H-1B is like indentured servitude.

Bajraktari is a highly sought after mobile developer in Silicon Valley. He has been programming software for mobile phones since the early 2000s, back when touch screens were still the sci-fi fantasies of Star Trek fans.

Like many programmers in the Bay Area, Bajraktari has hopped around—working at places like MobiTV, Yammer, and Amazon. “If you want to keep your skill set up to date,” he says, “you have to move companies.”

But unlike his US co-workers, every time Bajraktari switches jobs he loses his visa sponsorship and risks deportation. “It's like you have a sword on your neck,” he says, “you have to find a job.”

Bajraktari has been trying to get a green card for more than a decade. He came to the US at age 17, and worked dutifully ever since without a major break in employment, all without securing a green card.

Bajraktari quest for a green card has been complicated. MobiTV, one of his earliest employers, pursued the application as promised, but Bajraktari's limited work experience left his application stalled for years.

He eventually took a job at Amazon, in part because of a promise to expedite his application. At that point, he had gained enough experience to move his green card request along quickly.

Yet Bajraktari said that it took Amazon nearly two years to start moving his paperwork. The grinding bureaucracy reminded Bajraktari of Albania under communism. “To make things move forward you have to threaten your company that you’re not going to work anymore,” he says, “it becomes a weird, weird situation.”

Salaries can also get complicated. Because the company controls the visa process, employees can feel forced to remain silent about unequal pay or else risk their immigration status. It happened to Bajraktari at his first job, and it's happening to Steve now. “I’m being paid less,” he says, “which sucks for me, and it also sucks for American developers because I am a threat to them. I am cheaper.”

Steve requested not to use his real name. If he is fired, he could be deported back to the UK. He says that not long after signing on to California software firm, he noticed that he was paid 10 to 20 percent less than his American co-workers doing the same job. “Maybe it's just naivety on my part,” he says, “but [I] definitely feel like they low-balled me and I was just like, 'Oh, sure, okay.”

Norm Matloff says the first reform for H-1Bs should be to ensure that foreign employees receive competitive salaries, high enough to prove that companies need them. Matloff also advocates to end the handcuffing. Bajraktari agrees. “The H-1B holder should be able to do the green card petition himself, so you're not the slave of your company,” he says.

In the meantime, Bajraktari is once again looking for a new employer.

He would like to work at a start-up. But it's too risky. If they go under or get bought out, Bajraktari would have to restart the green card process.

So instead he's considering offers from large tech companies. He hopes that one of them will come through with a green card. After 10 years of working in the US legally he says, he would like to enjoy the same professional freedoms as his US colleagues.

Editor's Note: Here is an archived version of the most upvoted comments that appeared on the original version of this story which was published on an older version of our website. Feel free to continue the conversation in the active comment thread below.