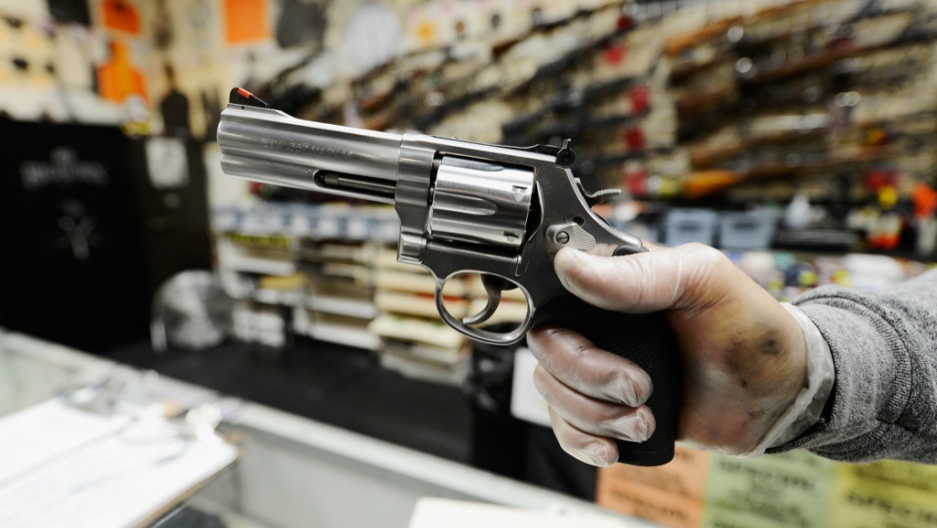 A Smith & Wesson .357 magnum revolver is displayed for customers to rent at the Los Angeles Gun Club on December 7, 2012 in Los Angeles, California. Gun enthusiasts rent the the weapon to try out before making a purchase at a gun store . Leading firearms maker Smith & Wesson reports almost 50 percent increase in sales revenue.
Credit: Kevork Djansezian
Share

The Newtown-based National Shooting Sports Foundation fired back today at a Washington Post story that claimed it was espousing views counter to the National Rifle Association.

The Post story published Tuesday said the NSSF and other gun groups are aligning against the NRA and support government efforts to exert greater control over firearms.

In an exclusive story, NSSF president Steve Sanetti said his group is “already there” when it comes to background checks.

“That’s more the NRA’s issue,” he told the Washington Post. “From the commercial side, we’re already there, and we’ve been there, and we were the ones that have been the strongest proponents of an effective, complete background check.”

The NSSF, today, however attempted to further explain its comments and asked its members to be “wary of media reports” that try to support a “pre-existing narrative.”

“There is no conflict,” the NSSF said on its website.

More from GlobalPost: Should mental health be part of gun control debate?

“Regarding so-called universal background checks, or background checks that extend beyond retail sales or to private transfers such as a father passing on a favorite hunting rifle to his son, our big concern is one shared by millions of firearms owners — that enforcing checks of used firearm transfers between individuals will lead to the creation of a national registry of firearms, something that Congress has expressly prohibited,” Sanetti said.

“In addition, the current background check system would need to be greatly expanded at huge cost to handle the additional checks.”

The NSSF, based in Newtown, Conn., is one of the largest gun lobbies in the United States.