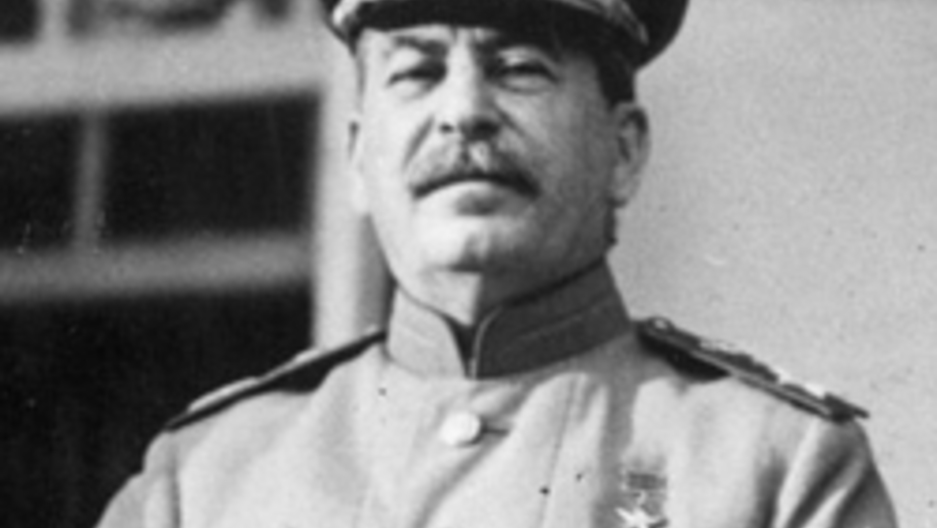 Soviet dictator Joseph Stalin was one of the most murderous dictators of the 20th century. During his 30 year rule, tens of millions of Soviet citizens were arrested, deported, or executed. And yet a new survey of Russians and other ex-Soviets finds that far from being reviled, Stalin is widely admired, six decades after his death. That's especially true in the former Soviet Republic of Georgia. Tom De Waal, a senior associate at the Carnegie Endowment for International Peace, says Stalin is a figure not just of the past, but of the present. "He's very much there in the heads of the people all across what's the former Soviet Union," — which is why the Carnegie Endowment commissioned this survey on attitudes towards the dead dictator. De Waal says support for Stalin, who died 60 years ago this week, has actually increased since the end of the Soviet Union. While Russians acknowledge that Stalin was responsible for the deaths of millions of innocent people, a majority say, more importantly, he saved the Soviet people from Nazi Germany. That's Russia. But how is Stalin viewed in Georgia? After all, the most powerful dictator in Russian history was a cobbler's son from Georgia. Traveling around Georgia, De Waal says he noticed pictures of Stalin everywhere. Yet until now, no one had ever commissioned a poll on attitudes towards Stalin in Georgia. De Waal says they found that a whopping 45 percent of Georgians have a positive view of Stalin, "which is really quite shocking to anyone who knows Stalin as one of the great murderers of the 20th century." Only 20 percent had an unfavorable view of him. "And he was really very cruel in Georgia, especially," says Lasha Bakradze, director of the Georgian State Museum of Literature in Tbilisi. Even though he's Georgian, Bakradze was also taken aback to discover that so many of his countrymen admire Stalin. "On one side, we like democracy, but on the other, we say Stalin wasn't such a bad guy. It makes no sense." Bakradze says this kind of thinking is common in post-Soviet countries. "People don't see the big problem. They say, on one side he was killing many people, he was a butcher, but on the other side, okay, he was a big personality and somehow we like him." Bakradze thinks that for Georgians, this has nothing to do with nostalgia for Soviet times, nor is it a fondness for dictators. "They are somehow proud of Stalin because he was a Georgian, and this mass murderer is a famous Georgian outside of Georgia." Bakradze teaches a college course on Soviet history, and he's amazed at how little his students actually know about Georgia's most famous – or infamous – son. After Stalin's death, Nikita Khrushchev denounced the crimes of his predecessor in a secret speech to Communist party officials in l956. Khrushchev also tore down all statues of Stalin, and erased his name from streets and towns across the Soviet Union. But Stalin never really disappeared from Soviet Georgia. His childhood home in the town of Gori became something of a shrine, with a 20-foot bronze statue of him nearby. Three years ago, Georgia's pro-western President Mikheil Saakashvili had the statue taken down. Bakradze thought it was a bad idea, and spoke out against it. "I think before we take down the monument," he says, "we have to have a big discussion of Stalin period and Soviet period in Georgian history, which we haven't ever had." Georgian President Saakashvili could have started that conversation, says Tom De Waal of the Carnegie Endowment, but he didn't. "Funnily enough, it's exactly what Khrushchev did 50 years before, when he in the middle of night took Stalin out of the mausoleum in Red Square where he was lying next to Lenin. People woke up the next morning, and Stalin was gone. Saakashvili did the exact same thing in Gori. He took down the big Stalin statue. No public consultation." De Waal says that isn't proper de-Stalinization. "It's removing the symptoms of Stalin, but it's not removing the real Stalin from people's minds." After the statue came down, there was a huge backlash. Now there's a plan to put the statue back up, but just down the street. Lasha Bakradze says Georgia, and other post Soviet countries, need to regain their historical memory. "I think many, many problems which we have are problems coming from the Soviet times, problems of building democracy, independent thinking, and son on. And when we know better about Soviet times we will understand ourselves better. And we can solve these problems maybe easier than we are doing now." Stalin's life and legacy would be a good place to start.