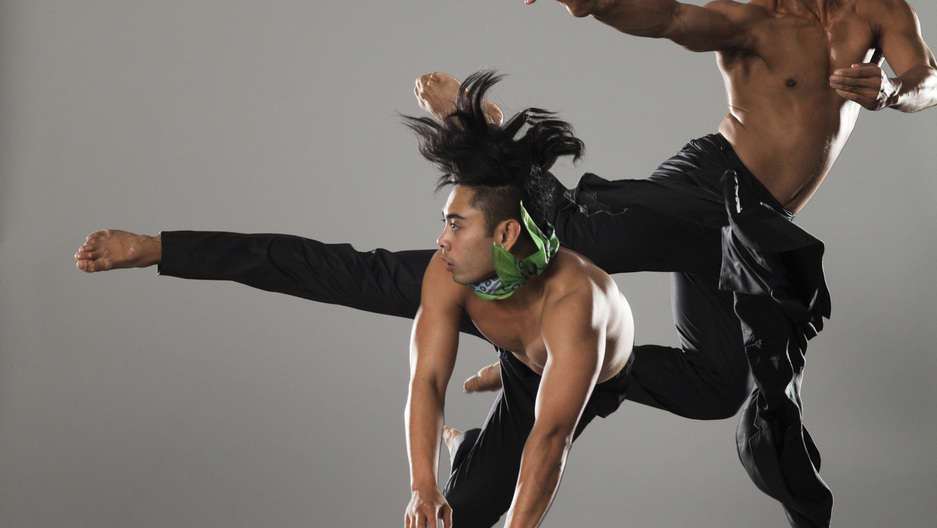 If you've ever seen New Zealand's All Blacks rugby team, you know something about the Haka.

It's the traditional Maori warrior dance they use as a warm-up.

Eleven mostly Samoan and Maori dancers filled the stage when I saw them in Portland, Oregon.

They performed a piece based on the traditional ideas of Samoan slap dancing.

The dancers made sky-high jumps and quick turns to create complex rhythms of floor stomping, cries and body slaps.

"It's a big thing back home," Ieremia says. "And particularly being Pacific Island descent, I had kids, mates, turn up school with bruises and what have you and sometimes they wouldn't turn up at all. Or, they might turn up six weeks late later after the cast had come off a broken piece of their body or something. So it was tough to reflect that back on our communities but I really thought that was part of our responsibility."

That responsibility to tell authentic stories through dance was something Iremeia felt passionate about 18 years ago when he formed Black Grace. But the decision to become a professional dancer wasn't met with enthusiasm by his Samoan family.

"In New Zealand the Pacific island culture is a minority and it isn't huge and had its fair share of knocks," he says. "We're normally thought of as unskilled labor and when you finish high school, if you finish high school, you're either going to go on welfare or get a job in the local factory. I tell my parents I wanted to go to dance school. I've been working at the bank and was doing rather well but I told them and my mother cried. And my father simply did his traditional Samoan tsk, tsk, tsk shook his head and walked away from me."

In the end, his parents supported his plan to start a Samoan and Maori contemporary dance company. And during lean times, they even put up their house as collateral for a loan.

Ieremia says that kind of courage is at the heart of the name Black Grace. The risk has paid off.