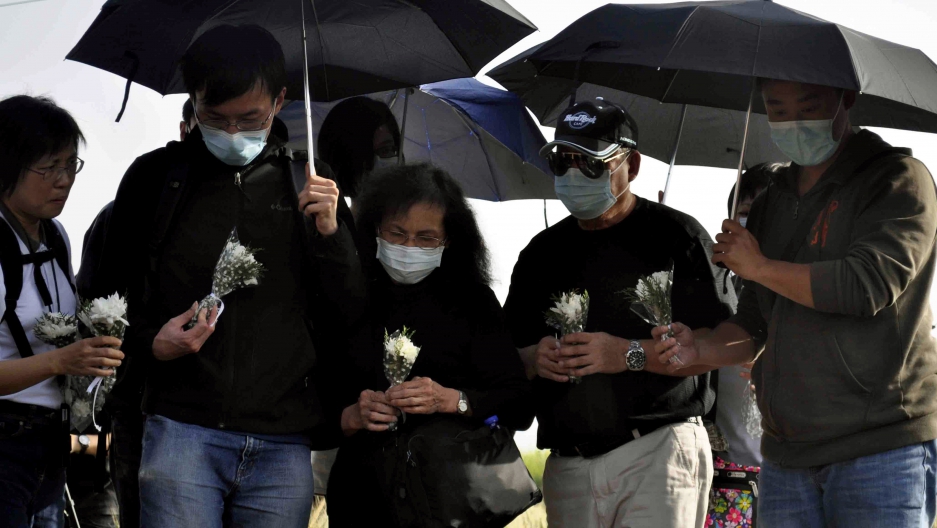 Relatives of Hong Kong victims of a hot air balloon accident wait to lay flowers at the site of its crash in the Egyptian ancient temple city of Luxor on March 2, 2013.
Share

Egypt's tourism industry workers are threatening protests over the government's reaction to a deadly hot air balloon crash in Luxor this week.

They are angry that air balloon rides were suspended in the wake of the horrific crash, captured on camera, that killed 18 foreign tourists and an Egyptian woman on Tuesday, UPI wrote.

The tourists aboard the balloon included Chinese, Japanese, Hungarian, French and British citizens.

According to the Associated Press, Luxor tourism companies that run balloon rides employ hundreds of workers who have been laid off since the crash, in which the balloon burst into flames and plummeted 1,000 feet to the ground.

An initial probe into the crash has reportedly ruled out any criminal action as a cause of the accident.

Meanwhile, hot air balloon pilots in Luxor are defending their colleague, Momin Murad, who survived the crash with severe burns, along with a British tourist.

The pilots held a press conference in Luxor at which they also defended Egypt's safety measures for ballooning, pointing out that the company that operated the balloon that crashed — Sky Cruise — had canceled trips the day before owing to bad weather.

Meanwhile, The South China Morning Post cited the governor of Luxor as admitting that pressure was mounting on authorities to restart dawn flights, given the extent to which the city's tourist income relied on them.

He said the pain had been made more acute by the drop in visitor numbers in the wake of the 2011 uprising that toppled President Hosni Mubarak.

"Many balloon companies say they meet all the technical requirements, so why are they prevented from operating? We are paying for the political upheaval and the big demonstrations taking place in Cairo because outsiders think Egypt is just Cairo. But Luxor is a very safe place. That's why the balloon companies asked for a review of the decision concerning the freezing of their business until the outcome of the investigation."

Saad promised the balloon rides would resume within a month, once an investigation into the crash was complete.

He told Middle East News Agency that the company operating the balloon was insured and prepared to compensate victims' families.