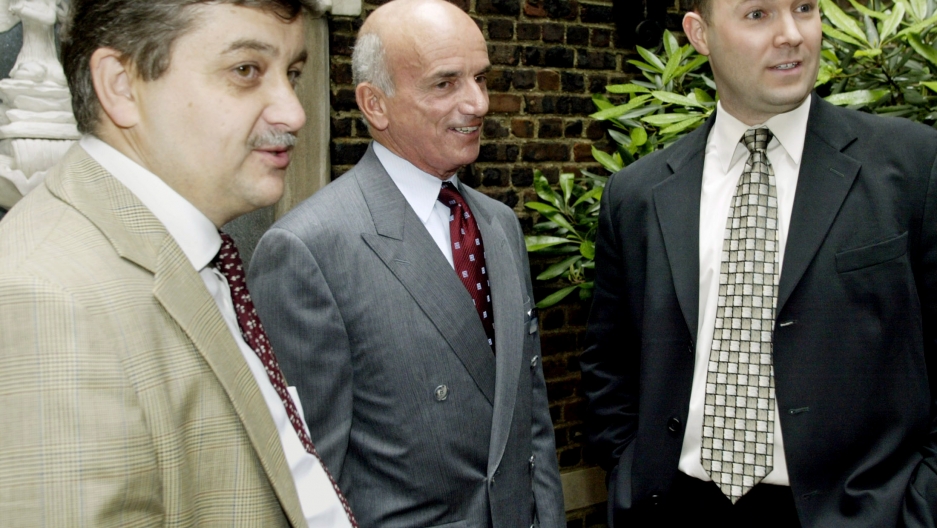 Sergey Alexandrovich Gorbunov (L), the press secretary of the Russian
Aviation and Space Agency, speaks with Dennis Tito (C), the first
private funded citizen to fly in space, and Eric Anderson, the
president and chief executive officer of Space Adventures, before a
press conference in New York on June 18, 2003 where they announced
plans to send two tourists into space in early 2005. The tourists will
pay $20 million for an eight-ten day trip to the International Space
Station. REUTERS/Peter Morgan

Share
Dennis Tito, multi-millionare turned space pioneer, wants to send two people to Mars and back. We hear about the challenges such a couple would face from Bill and Laurel Cooper, who spent 35 years sailing the world together.