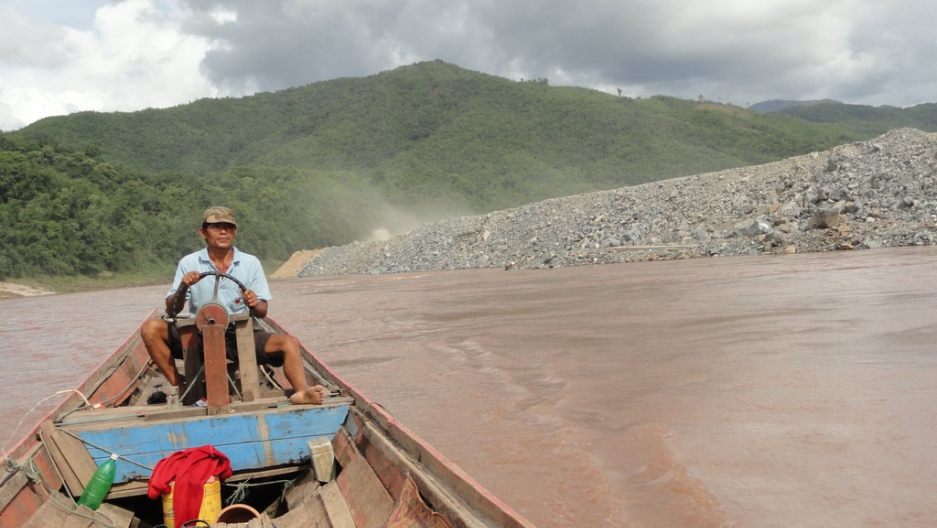 HONG KONG — China caused a stir Friday when it aired a state TV broadcast of the lead-up to an execution of four Myanmar men convicted of murdering 13 Chinese sailors in the Mekong river in 2011.

Chinese Central Television began a two-hour special program on the executions at 1:30 p.m. local time Friday. It featured broadcasts from Yunnan province, where the men were being held, including interviews with the prisoners and footage of their walk to an execution site.

"I don't want my children to be like me,” Naw Kham, a drug smuggling gang leader, said to CCTV in an interview apparently recorded this week. “I want them to study.”

The program also featured interviews with Chinese pundits who argued extensively that this case demonstrated the rule of law in China.

The actual moment of execution, by lethal injection, was not broadcast.

This amount of coverage is unprecedented in China, where most executions take place quickly, quietly, and out of sight — often in mobile vans.

It even seemed to surpass the extent of the hit Chinese TV "Interview Before Execution," in which inmates were interviewed minutes before execution.

China executes more prisoners every year than any country in the world — even more than the United States, frequently under fire from the international community for its use of the death penalty.

Human rights researchers’ estimates range from 1,700 executions a year to 5,000 or 6,000. (The exact number is a state secret.) And unlike in the US, prisoners given the death penalty can be killed very quickly after the conviction — as few as seven days after sentencing.

Though there have been increasing calls for reducing capital punishment or even eliminating it in China, it still has widespread acceptance. Most responses on Weibo, China’s Twitter, celebrated Kham’s execution.

The 2011 murder of the Chinese sailors is one of the deadliest attacks on Chinese citizens overseas in modern times, Reuters reported.

#China just wiped away any perception that it was making progress on the death penalty issue.

"Using two hours to broadcast live the process for these criminals facing the death penalty is a violation of Article 252 of the Criminal Procedure Law of the People's Republic of China," Liu Xiaoyuan, a human rights lawyer, told  Reuters.

According to The Telegraph, Naw Kham, a 44-year-old Golden Triangle drug trafficker and pirate, allegedly murdered the sailors when they refused to hand over protection money in order to travel across a stretch of water that Kham controlled.

He and three others were arrested in Laos. Thailand launched an investigation into the allegation that nine of its soldiers were involved.

The Guardian reported that Friday's broadcast also used images from the prisoners' trials, and footage of armed partrol boats, rows of Swat officers and border guards, interspersed with interviews with Chinese analysts.

Some argued the broadcast was congruous with the Chinese government's attempts to show its citizens that it's serious about their protection.

China, Myanmar, Laos and Thailand launched joint security patrols on the Mekong as a response to the murders along with the series of hijackings that occurred in the region, according to the BBC.