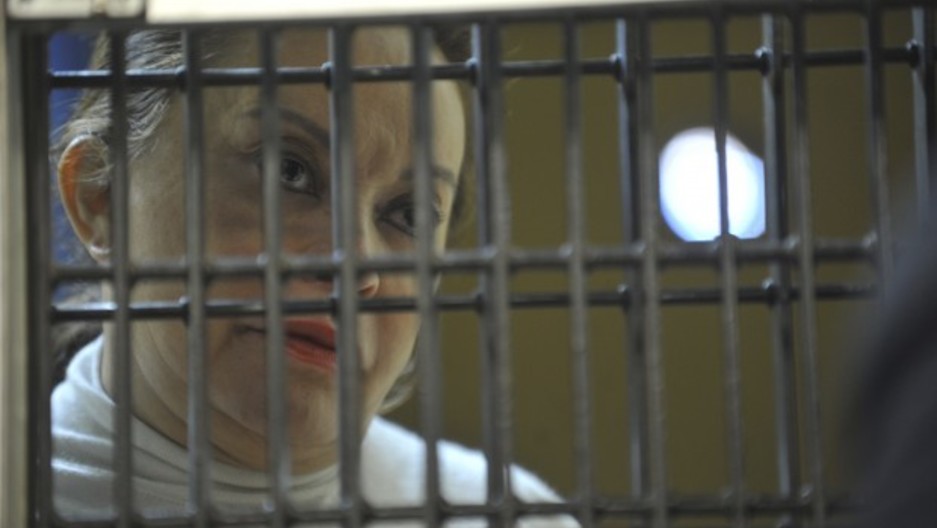 Elba Esther Gordillo, leader of Mexico's teacher's union, listens as Mexican authorities complete documentation after her arrest in Mexico City February 27, 2013. The arrest of Mexico's best-known trade union leader on fraud charges has thrown down the gauntlet to powerful interests standing between President Enrique Pena Nieto and his plans to shake up Latin America's second-biggest economy. REUTERS/Federal Judicial Council of Mexico/Handout (MEXICO - Tags: POLITICS CRIME LAW EDUCATION TPX IMAGES OF THE DAY)
ATTENTION EDITORS - THIS IMAGE WAS PROVIDED BY A THIRD PARTY. FOR EDITORIAL USE ONLY. NOT FOR SALE FOR MARKETING OR ADVERTISING CAMPAIGNS. THIS PICTURE IS DISTRIBUTED EXACTLY AS RECEIVED BY REUTERS, AS A SERVICE TO CLIENTS - RTR3EDE7

Share
Mexicans are wondering what the arrest of teacher's union leader Elba Esther Gordillo will mean for reform of the country's corruption-riddled educational system. Reporter Franc Contreras tells anchor Marco Werman many Mexicans are calling for an end to rules that allow teacher tenure to be bought, sold and passed down from one generation to the next.