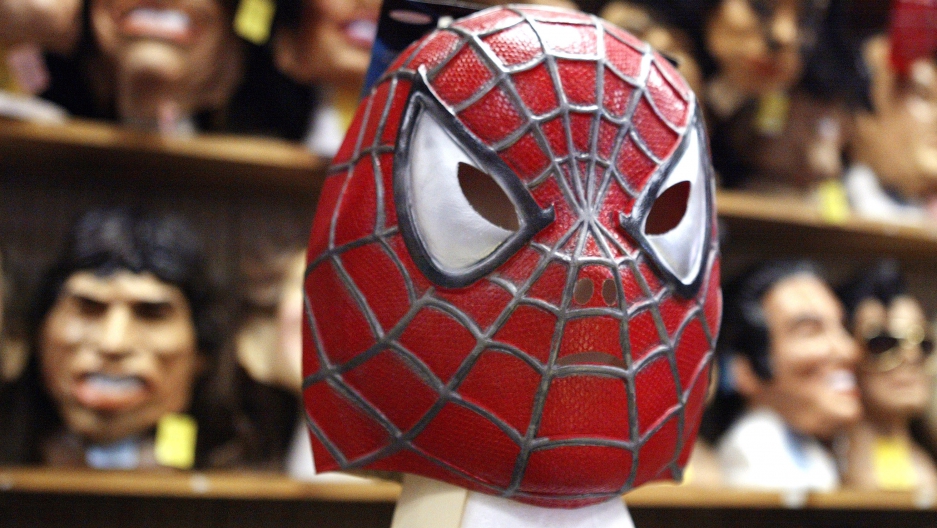 A grad student at the University of Illinois has created a body suit that gives the user a real life "Spidey Sense" with the ability to sense nearby objects and people.
Credit: Tim Boyle
Share

A grad student has created a body suit that gives the user a real life "Spidey Sense."

The SpiderSense suit created by Victor Mateevitsi of the University of Illinois let's you feel when you're near an object or person.

The New Scientist said the suit can even allow someone to navigate their way with their eyes closed.

This could be an important invention for the blind.

The microphones both release and catch ultrasonic reflections from objects.

The reflections fire in a 360-degree ultrasound that can pick up sensations from all over.

When the modules detect an object or person, the robotic arms exert pressure on the body, essentially giving the user a squeeze, reported the Daily Mail.

"When someone is punching Spider-Man, he feels the sensation and can avoid it," said Mateevitsi, reported the New Scientist.

"Our suit is the same concept."

Mateevitsi tested the suit on his fellow students who used it to navigate blindly through the campus.

They were approached by people quietly and asked if they felt it.

He said that they felt someone approaching 95 percent of the time.