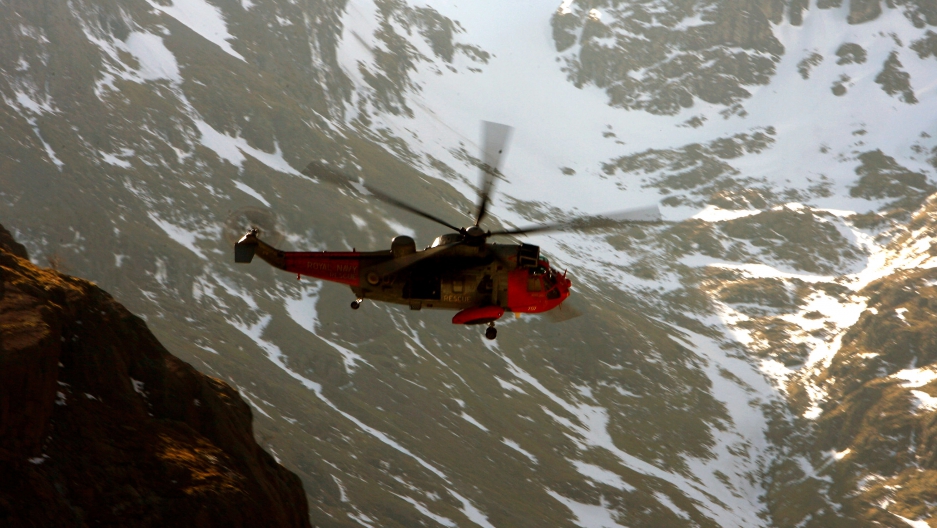 A Sea King helicopter from HMS Gannet fly though the Hidden Valley in Glen Coe while on patrol March 24, 2007 in Ayr, Scotland.The crew are based at Prestwick airport in Southwest Scotland, and provide a 24-hour military and civilian search and rescue service across a large area of Scotland.
Credit: Jeff J Mitchell
Share

Two people are dead and one is injured after an EagleMed helicopter crashed Friday morning between two buildings in Oklahoma City.

According to CBS News, the accident happened around 5:45 a.m. when the AS350 was leaving Baptist Hospital to return to its home base in Watonga, Okla. The helicopter crashed between St. Ann's Retirement Center and St. Ann's Nursing Home, but did not hit any buildings or injure anyone in the centers.

People in the area said they heard a loud explosion and called 911, continued CBS. Those driving nearby said they saw smoke and flames after the helicopter went down.

Of the three crew members on board, two were killed. Three nurses from St. Ann's Nursing Home, along with several others passing by, pulled the third crew member from the helicopter just before an explosion.

NBC's KJRH reported that one of those who helped at the site of the crash also sustained a minor injury. Emergency Medical Services Authority spokeswoman Lara O'Leary said no one on the ground was seriously injured.

According to the Associated Press, the Midwest and Plains were covered in snow after a large storm, but it wasn't clear if it had played a role in the crash. At the time the helicopter went down, Oklahoma City was clear and 20 degrees.