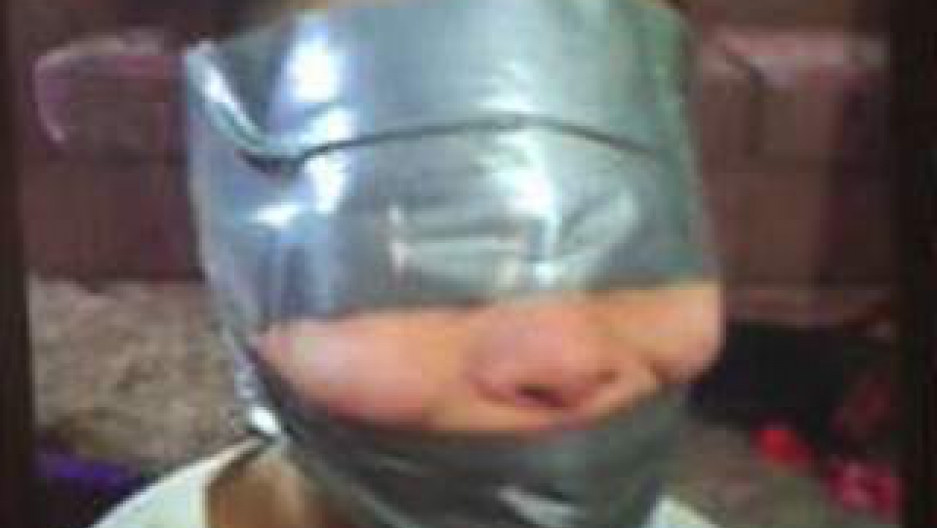 An Ohio mom faced court Friday charged with child endangerment after it was alleged she wrapped duct-tape around two children's faces and heads.

Police said Tiffany Ennis, 31, of Sandusky, Ohio, took a photo of her son, 8, wrapped in the tape and sent it in a text message to the boy's father, Rudy Yado, on February 18, ABC News reported.

The photo showed his forehead, eyes and mouth covered in tape.

Yado called police as he was worried for his son's safety, according to the police report.

The mother told investigators that she and her son were just joking, but police still filed a report with Children Services and the county prosecutor and she was charged, Northwestohio.com reported.

She also wrapped tape around the face and head of an 11-year-old girl, according to the police report.

Yado said he was distressed when he saw the photo of his son, USA Today reported.

"My sister was in tears. My mom was upset," he said.

Ennis pleaded not guilty to child endangerment and her trial is scheduled for May 30.

Police said the children were not hurt.