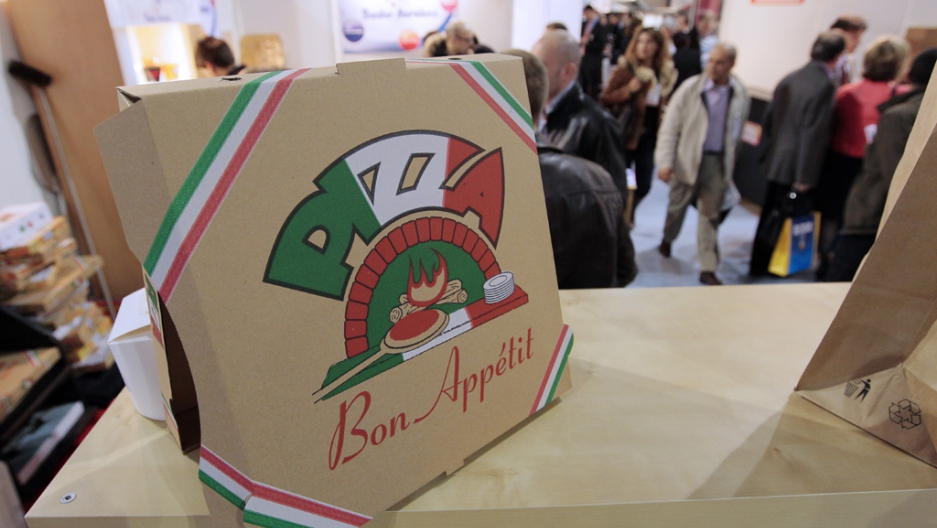 A box of pizza is shown on March 31, 2010 during the Pizza & Pasta expo, part of the "Foods & goods" fair at the Porte de Versailles exhibition center in Paris.
Credit: JACQUES DEMARTHON
Share

Italian restaurant owners in French-speaking Quebec, beware: your Italian menu may come under the scrutiny of Canada's most fervent language police.

Massimo Lecas, the owner of high-end Italian eatery Buonanotte, told CBC that Quebec's office of French language, or OQLF, contacted him on Feb. 14 with an unusual complaint: his Italian restaurant's menu contained too many Italian words.

Read more from GlobalPost: France purges the hashtag from the language

Lecas said the authorities told him to provide a French translation for the Italian words — including words such as "meatball" and "calamari," for which he had already provided helpful French keys.

The OQLF was allegedly following up on a "written complaint," reported the Global Montreal.

"Other languages can be on the menu," OQLF spokesman Martin Bergeron told CBC. "The thing is they must not be predominant over French."

Late on Feb. 20, however, the OQLF appeared to have backtracked, releasing a statement calling their attack on the Italian restaurant "overzealous."

Diane De Courcy, the Canadian minister who is responsible for the OQLF, told CBC the absurd situation was "surprising," and expressed her intent to look into it.

In 2012, the feared OQLF threatened to prosecute English-language companies that used no French in their store signage, wrote the National Post, including such major names as Old Navy, Home Depot, and Banana Republic, among others.

Quebec Twitter users quickly coined the #pastagate hashtag, mocking the OQLF for their beef with the words "pasta" and "bottiglia" (bottle) on an Italian menu.

Lets do the opposite of a hunger strike and eat AS MUCH PASTA as we can! #PastaStrike #PastaGate

Discontinue #OQLF and the idiots who run it - I want to continue eating my pasta, fish and chips and perogies in peace!!! #pastagate

The joke @quebecpasta account, impersonating a delicious, delicious plate of spaghetti and meatballs, already had 319 followers as of Wednesday evening.

However, Twitter users might want to be careful with the hashtag, lest they suffer the fate of their cousins in France — where the French government officially outlawed the word "hashtag," replacing it with mot-dièse, translating into "sharp word."