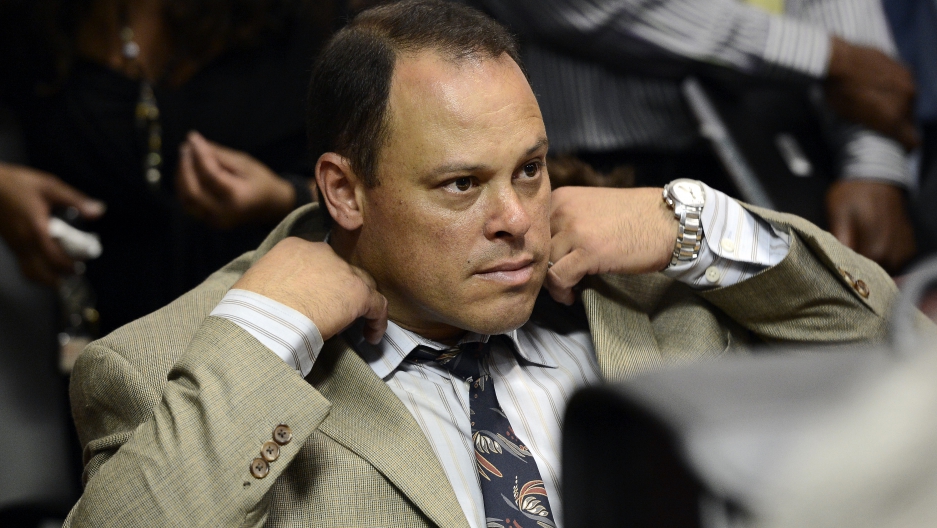 The lead detective on the Oscar Pistorius case is being replaced after it emerged he himself is facing attempted murder charges.

Pistorius is accused of the shooting murder of his girlfriend Reeva Steenkamp on Feb. 14.

Botha — who also was the lead investigator in an assault claim against Pistorius in 2009 — appeared at Pretoria magistrates court for both days of Pistorius' bail hearing.

The National Prosecuting Authority said that given charges against Botha, he "cannot continue," as prosecutors oppose bail for the troubled Paralympic and Olympic track star.

South African prosecutors are arguing that Pistorius is guilty of premeditated murder in Steenkamp's death, a charge that could carry a life sentence.

CBS cited Police Brig. Neville Malila as saying Thursday that Botha was scheduled to appear in court in May on seven counts of attempted murder.

The Globe and Mail reported that Botha had been chasing a man accused of murdering a woman, chopping her up and stuffing the body parts down a drain.

The Guardian cited prosecutors as saying that they were unaware of the charges against Botha before putting him on the stand on Wednesday to explain why Pistorius should not be given bail.

Prosecutor Gerrie Nel began his address in court Thursday by saying the attempted murder charges against Botha only became known to him yesterday.

The other two are Simon Majola and Themba Nkosi, who murdered eight men and dumped their corpses in Bruma lake.