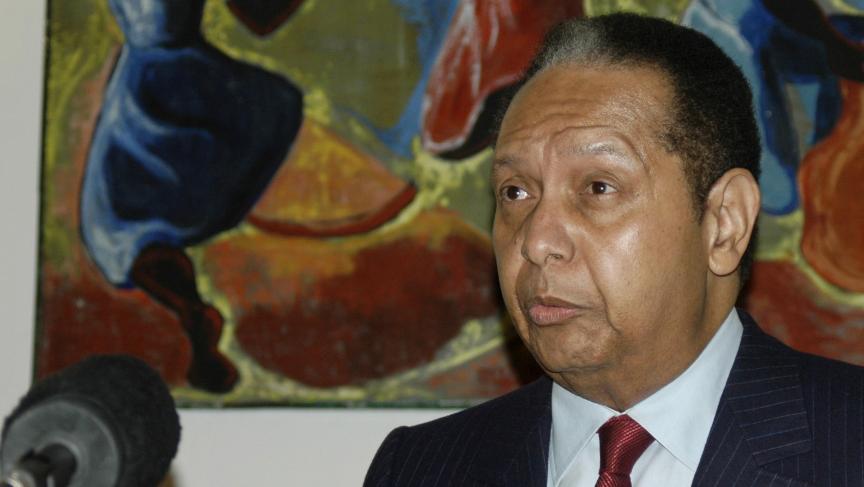 Former Haitian dictator Jean-Claude "Baby Doc" Duvalier attends a news conference in Port-au-Prince January 21, 2011. Duvalier, in his first public statement since his surprise return from exile, offered his sympathies on Friday to those who suffered abuses under his rule. But he faces charges of corruption and crimes against humanity filed since his unexpected reappearance in his earthquake-ravaged Caribbean homeland on Sunday, stopped short of making a clear apology for the killings and torture that occurred during his 15 years in power from 1971-1986. REUTERS/St-Felix Evens (HAITI - Tags : POLITICS) - RTXWW70