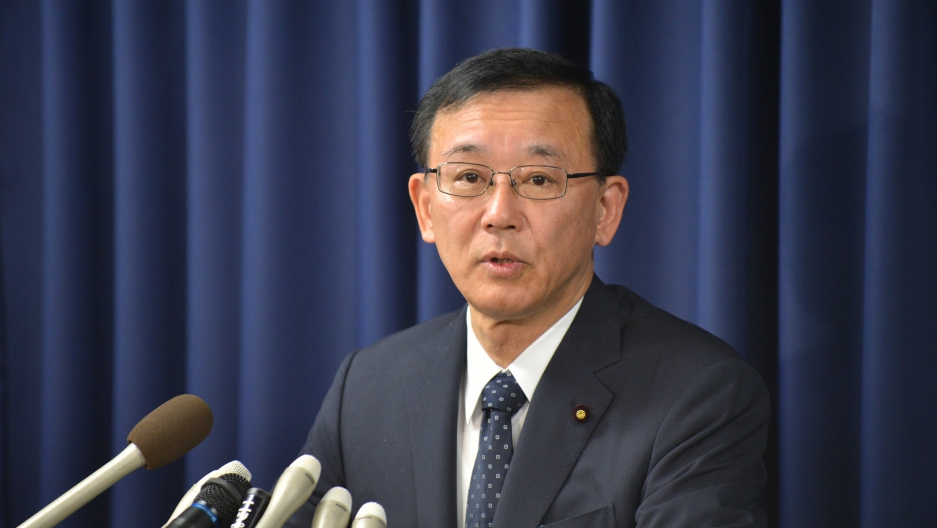 Sadakazu Tanigaki, the Japanese justice minister, announced to media that three hangings had been carried out.
Share

Japan has executed three inmates convicted of murder in its first executions under the country's newly elected government.

In a sign that the country will defy international pressure to abolish the death penalty, the Justice Ministry told media the three convicted killers were executed early Thursday at three secret locations, the Associated Press reported.

"I ordered the executions after giving them careful consideration," Justice Minister Sadakazu Tanigaki told reporters. "These were extremely cruel cases in which the victims had their precious lives taken away for very selfish reasons."

One of the condemned inmates, Kaoru Kobayashi, 44, murdered a seven-year-old schoolgirl in 2004, the International Business Times reported.

According to the AP, polls show about 80 percent of the Japanese public supports capital punishment, despite widespread criticism from human rights groups.

At the end of last year Japan had 133 inmates on death row, the highest number since records were first kept in 1949.

Thursday's executions, the first since September 2012, are also the first conducted under new Prime Minister Shinzo Abe, who was elected in December.

The Guardian reported the previous government, led by the left-of-center Democratic Party of Japan (DPJ), executed nine people during its three years and three months in office.

“The fear is that this marks the beginning of a new wave of cold-blooded killing by the State. It raises serious questions whether such executions are carried out purely for political expediency.”

The government maintained that the secrecy surrounding hangings would continue, with inmates given very little notice before they are led to the gallows, the Guardian reported.